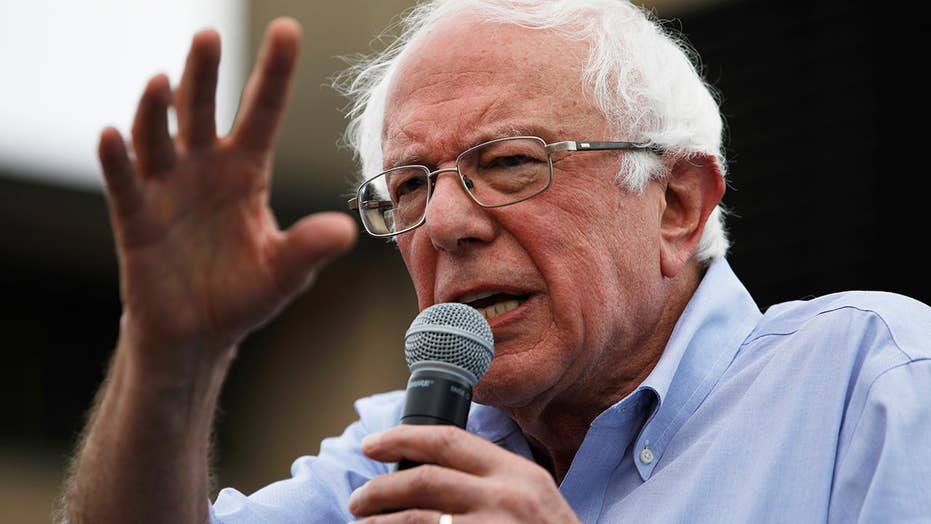 "Four years ago I came here to Iowa and I was asked what is the major national security issue we face? And people thought I’d say ISIS or Al Qaeda, and those are big issues. The answer that I gave, in terms of national security, is climate change," Sanders said as the crowd cheered.

Sanders has been an outspoken advocate of government intervention to combat climate change but also spent nearly $300,000 on private air travel in October 2018.

“This expense was for transportation for the senator’s nine-day, nine-state tour to support Democratic candidates up and down the ballot ahead of Election Day,” said Arianna Jones, senior communications adviser for Friends of Bernie Sanders.

Sanders also called President Trump an "idiot" on Twitter Saturday for being skeptical of climate change.

Anti-Trump Rep. Rashida Tlaib, D-Mich., responded to Sanders' tweet and called Trump "a danger to our democracy and our country's future."