Rep. Alexandria Ocasio-Cortez and Sen. Bernie Sanders will introduce Tuesday a resolution declaring a climate change emergency, a move that comes after the Green New Deal failed to take off the ground earlier this year.

The resolution, also co-sponsored by Oregon Rep. Earl Blumenauer, will call for a wide-scale mobilization to combat the emergency and restore the climate “for future generations.”

The global warming caused by human activities has resulted in a climate emergency that … demands a national, social, industrial, and economic mobilization of the resources and labor of the United States at a massive-scale.”

The resolution, according to the outlet, details how climate change impacts public health and national security of the U.S., though it doesn’t make any exact recommendations how to address the so-called emergency.

The latest declaration comes after Ocasio-Cortez’s signature Green New Deal, a sweeping Democratic proposal for dealing with climate change, failed a test vote in the U.S. Senate back in March, with 42 Democrats and Sen. Bernie Sanders, I-Vt., voting “present.”

Both the New York Democrat and her colleagues decried Senate Majority Leader Mitch McConnell’s move to bring the Green New Deal up for a vote, saying the Republicans purposely rushed the vote while McConnell only wanted Democrats to go on record to support the sweeping proposal that he himself called “a radical, top-down, socialist makeover of the entire U.S. economy.” 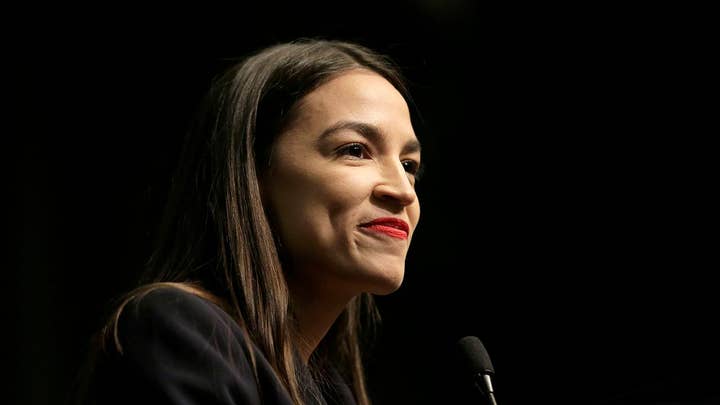 It remains unclear how the new resolution differs from the Green New Deal, though a spokesperson for Sanders told the magazine that unlike President Trump’s emergencies, the climate change declaration warrants the use of emergency powers.

“President Trump has routinely declared phony national emergencies to advance his deeply unpopular agenda,” the spokesperson said. “On the existential threat of climate change, Trump insists on calling it a hoax.”