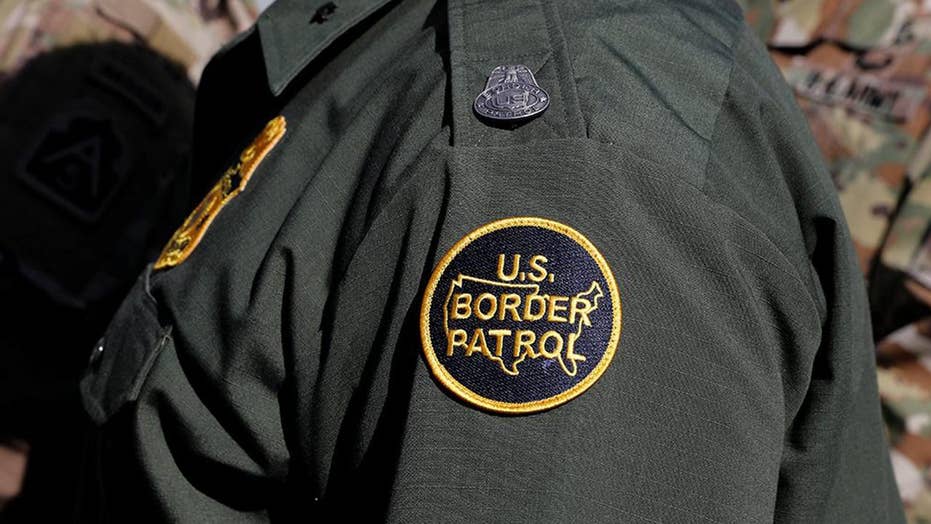 National Border Patrol Council Vice President Art Del Cueto challenged Democrats critical of President Donald Trump's threat to close the southern border to travel there themselves and talk to agents on the ground.

On “America’s Newsroom” Tuesday, Cueto acknowledged the president’s threat to close the border is “an extreme measure” but said it is one of the best options.

“We support whatever the president’s able to do and at this point when you have a country that’s facilitating these individuals to come through, what else do you have as an option?” Cueto asked.

He added, “Because of what we’re seeing and the emergency and the overrunning in our facilities and the agents being removed from certain law enforcement positions so they can do processing and take care of these overcrowded cells, that seems to be one of the best options right now.”

Last week, Trump said he would close the border if Mexico does not “immediately stop” the surge. The administration has also threatened to cut direct aid to El Salvador, Honduras and Guatemala -- the home of many of the recent migrants.

Last week U.S. Customs and Border Protection Commissioner Kevin McAleenan said that the border was at its “breaking point,” and there are not enough agents to respond to the flow of illegal immigrants crossing the U.S.-Mexico border.

Trump tweeted Tuesday, “After many years (decades), Mexico is apprehending large numbers of people at their Southern Border, mostly from Guatemala, Honduras and El Salvador. They have ALL been taking U.S. money for years, and doing ABSOLUTELY NOTHING for us, just like the Democrats in Congress!

Trump declared a national emergency at the border in February, shortly after Congress refused to grant him the more than $5 billion he had demanded for a wall at the southern border. The declaration is meant to free up $3.6 billion in funding for barriers at the border. Democrats, and some Republicans, opposed Trump’s declaration and passed legislation to block the move -- subsequently vetoed by the president.

OBAMA'S IMMIGRATION CHIEFS SPEAK OUT ON 'CRISIS' AT SOUTHERN BORDER

Former Obama administration officials are publicly agreeing with President Trump’s assessment that there is a crisis at the southern border -- even as some Democrats oppose Trump's declaration of a national emergency.

2020 DEM JULIAN CASTRO CALLS FOR ILLEGAL IMMIGRATION TO BE TREATED AS CIVIL, NOT CRIMINAL, OFFENSE

“Instead of building a wall or closing the border or cutting off aid to the Central American countries, which is downright stupid, we should actually go in the other direction. We should choose compassion instead of cruelty,” said Castro.

“The idea that any president of the United States would ever suggest that we should shut down our ports of entry is just moronic,” Vela said.

Cueto responded to the comments by saying, “You can have a bunch of individuals saying ‘it’s the wrong thing to do, it’s the wrong thing to do,’ or saying it’s moronic and using their verbiage to slam the president, but in the end they’re not down here. They haven’t even bothered to come and speak to the agents and the boots on the ground and ask what is it that we need.”

Cueto then listed some of the issues: “We are getting overrun, our facilities are over capacity, we have agents that have been removed from certain areas that are patrolling the border and are defending our nation’s border so they can do some babysitting duties and take care of these individuals that are coming through."

"We are definitely at a crisis and it’s an emergency," Cueto said. "We welcome more agents coming down here to the southern border and assisting, but in the end, you know, something needs to be done about the overflow of these individuals that are coming into the country and if there is other countries that are facilitating this invasion, they obviously need to step up to the plate and start doing something about it.”