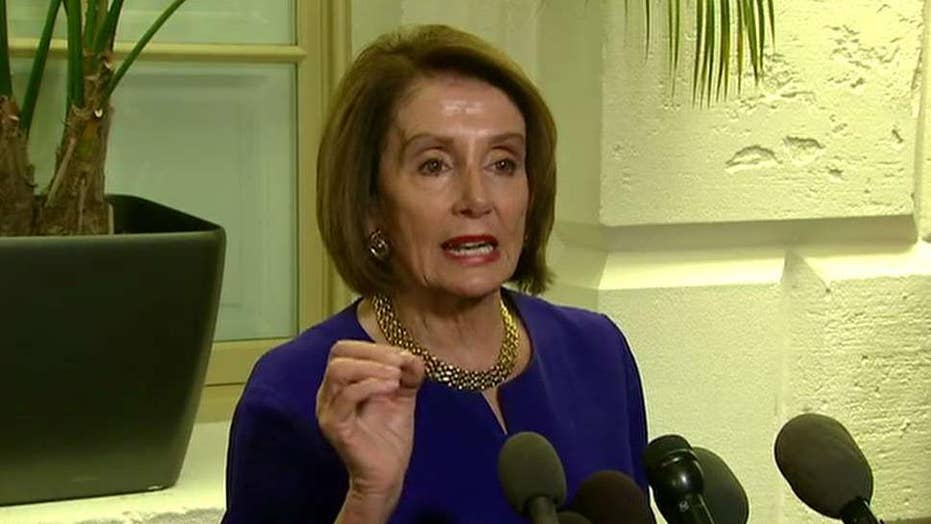 Former White House press secretary Sean Spicer says that Democrats have invested everything they have in trying to undermine President Trump.

House Speaker Nancy Pelosi told a left-leaning audience on Wednesday that President Trump may have committed “an impeachable offense,” ratcheting up her warnings to the White House even as she and her deputies try to tamp down calls from the rank-and-file to press forward on impeachment now.

Pelosi, D-Calif., speaking at the Center for American Progress 2019 Ideas Conference in Washington, D.C., outlined a potential path to impeachment -- moments after a contentious meeting at the White House ended with Trump departing for the Rose Garden to publicly accuse Democrats of a presidential "takedown."

“The fact is, in plain sight, in the public domain, this president is obstructing justice and he's engaged in a cover-up. And that could be an impeachable offense,” Pelosi told the audience, which broke out in applause.

“Ignoring the subpoenas of Congress was Article 3 of the Nixon Impeachment. So, it’s not just the substance that we are after, that we want to have to get the truth to the American people, but in striving to get that the intervention, the obstruction that the administration is engaged in is, as they say, the cover-up is frequently worse than the crime.” 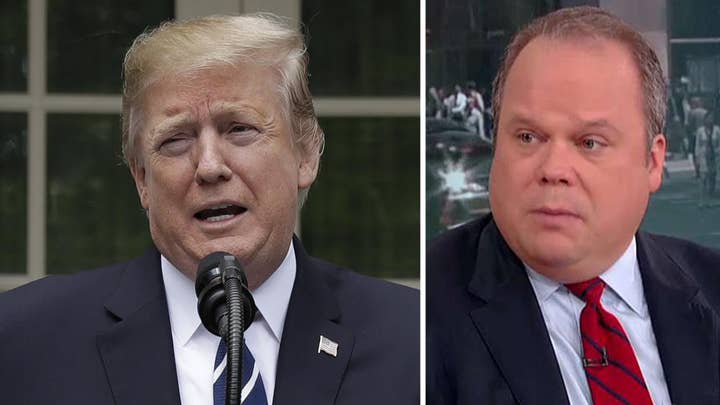 Pelosi also said that Republicans and the president are not committed to protecting the Constitution. 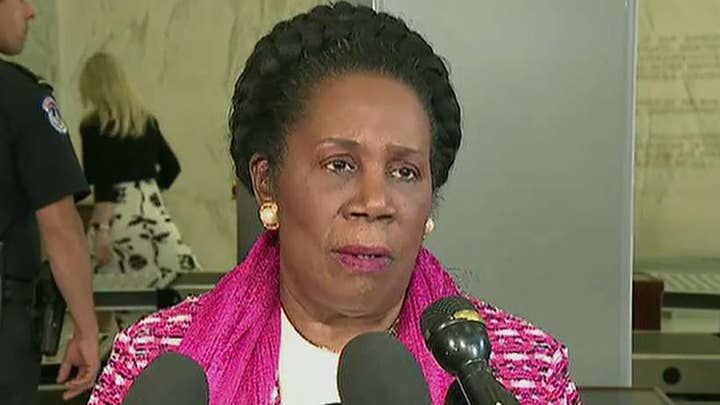 Yet at the same time, Pelosi has tried to ease the pressure from members of her caucus to move on impeachment imminently. She held a closed-door meeting with Democrats earlier Wednesday morning to discuss their battles with the administration that threaten to escalate into a politically risky drive to remove Trump from office.

Pelosi has maintained her position that Democrats should not begin impeachment proceedings against Trump, but has faced pressure from members inside her caucus to reverse course -- especially after former White House Counsel Don McGahn was told to defy a subpoena earlier this week.

“We had a very productive meeting,” Pelosi told reporters after the session. “It was a respectful sharing of ideas.”

But tensions between Democratic leadership and Trump continued to build. Shortly after that meeting, Trump walked out of a meeting with Pelosi and Senate Minority Leader Chuck Schumer meant to discuss an infrastructure plan. He complained about Pelosi's "cover-up" charge and demanded Democrats end their "phony investigations."