A rapid-fire string of developments has congressional Democrats putting increased pressure on party brass to launch impeachment proceedings against President Trump, with one rank-and-file lawmaker reportedly saying the president is “raping the country” and others indicating it's only a matter of time before leadership changes course on the politically fraught issue.

Amid the internal tensions, Speaker Nancy Pelosi called a special meeting of House Democrats for Wednesday morning, where the impeachment issue and other battles are expected to be discussed.

Prior meetings involving Pelosi and top Democrats held Monday evening escalated into heated exchanges, with the party torn over how to address Trump controversies -- most recently, the decision to block the former White House counsel from testifying. Democratic leaders, who for the most part have not been publicly in favor of impeachment, are now finding it difficult to maintain their position as calls grow from the ranks to flip that switch.

A senior House Democrat told Fox News late Monday that Pelosi “isn’t going to be able to hold off on impeachment much longer,” and that the speaker may have to change her position “within the next two weeks.”

Rep. Alexandria Ocasio-Cortez, D-N.Y., while saying Pelosi is working to bring the party together, suggested Tuesday that politics are the main element preventing members from pressing ahead at this stage. 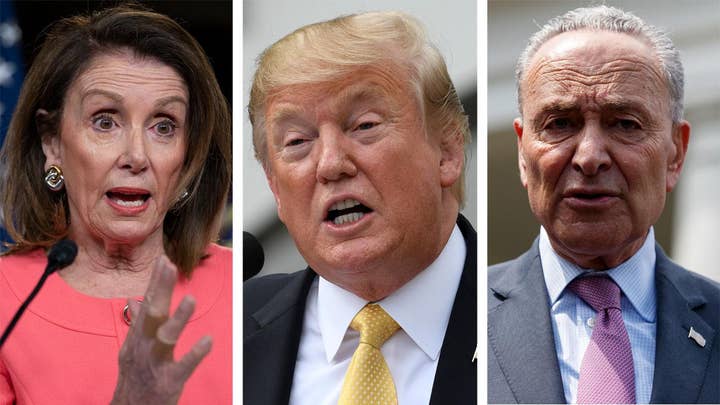 Rep. Steve Cohen, D-Tenn., reportedly confronted Pelosi during a Democratic Steering and Policy Committee meeting as he demanded the president's impeachment. According to Politico, Cohen said that while former President Bill Clinton was impeached “over sex,” Trump was “raping the country.”

Cohen reportedly suggested Pelosi is worried about politics in her reluctance to proceed, but Pelosi countered, “This isn’t about politics at all. It’s about patriotism.”

Cohen is among the most outspoken Trump critics in Congress. He drew attention by eating fried chicken during a recent House Judiciary Committee hearing as a commentary on Attorney General Bill Barr’s refusal to testify. Cohen referred to the attorney general as “Chicken Barr,” despite Barr having testified before the Senate Judiciary Committee the previous day. Cohen has also called for the House to use its inherent contempt power to throw Barr in the Capitol jail.

But as House Democrats weigh contempt proceedings for Barr, another fight broke out Monday after former White House Counsel Don McGahn was instructed by the president's team to defy a subpoena from the same committee. Democrats wanted him to testify regarding information he provided to the Special Counsel's Office, but the White House directed him not to appear, with the Justice Department asserting he has immunity from testimony about his official duties.

"The Democrats do not like the conclusion of the Mueller investigation – no collusion, no conspiracy, and no obstruction – and want a wasteful and unnecessary do-over," Press Secretary Sarah Sanders said in a statement. 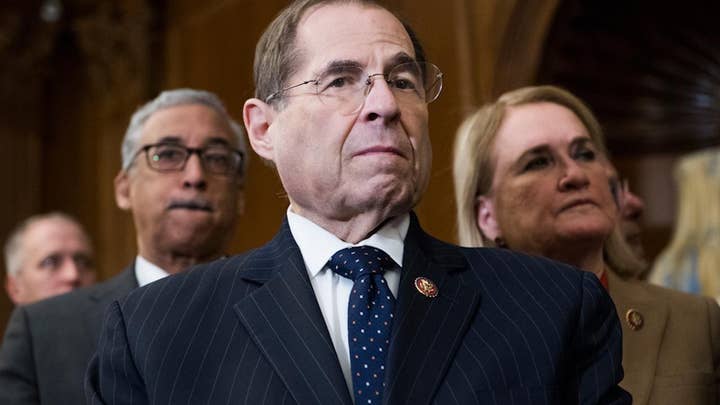 Pelosi insisted that her party remains united, saying Tuesday that she's not feeling pressure from colleagues.

Nadler, meanwhile, told CNN’s Chris Cuomo that he intends to hold McGahn in contempt of Congress for not complying with the subpoena. Nadler said the White House’s effort to keep McGahn from testifying was part of a pattern of “lawless behavior,” and Trump is “willing to go to any lengths to prevent testimony that might implicate him.”

Rep. David Cicilline, D-R.I., head of the Democratic Policy and Communications Committee, said Monday that McGahn’s failure to testify on Tuesday would be grounds for opening an impeachment inquiry.

In addition to fighting off Democratic efforts to have McGahn testify, the president is currently in the midst of legal battles over Democratic subpoenas for his personal records. He sued Deutsche Bank and Capitol One to block a subpoena for his banking records, and was also trying to keep documents from accounting firm Mazars USA away from Congress.

A judge ruled against Trump in the Mazars case on Monday, stating that the House Oversight Committee was entitled to view the documents. The main argument from the Trump administration has been that Democrats lack a legitimate legislative purpose for their inquiries, but Judge Amit Mehta ruled that the possibility of finding conflicts of interest in the administration or violations of the Constitution’s Foreign Emoluments Clause sufficed.

Pelosi touted Mehta’s ruling as a win, as well as a reason why impeachment is not necessary at this point.

“Today, we won our first case,” Pelosi reportedly said at the Steering and Policy Committee meeting. “We’ve been in this thing for almost five months and now we’re getting some results.”