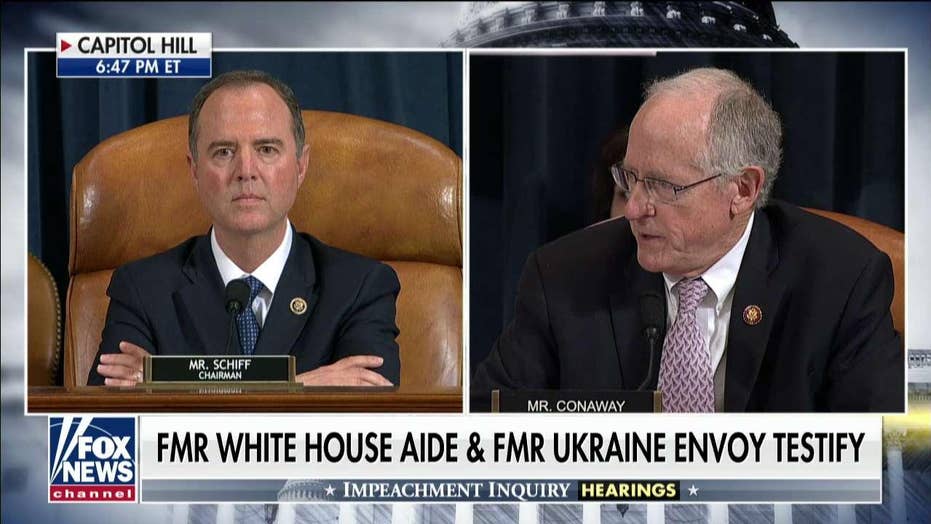 Conaway made a "personal request" that Schiff clearly state the legal reasoning for keeping the Ukraine phone call whistleblower "immune" from testifying, even in a secure, closed-door environment that would protect his identity.

"[I want] you and/or one of the members of the committee that are lawyers to put into the record the federal statute that provides for the absolute immunity or right to immunity that you've exerted over and over and over," Conaway told Schiff. "I don't think its there," he said.

"And before you get mad and accuse me of wanting to out the whistleblower, you get upset every time somebody accuses you personally of knowing who the whistleblower is," Conaway, who is also the top Republican on the House Agriculture Committee, continued.

NUNES: 'WHATEVER DRUG DEAL THE DEMOCRATS ARE COOKING UP HERE... THE AMERICAN PEOPLE AREN'T BUYING' 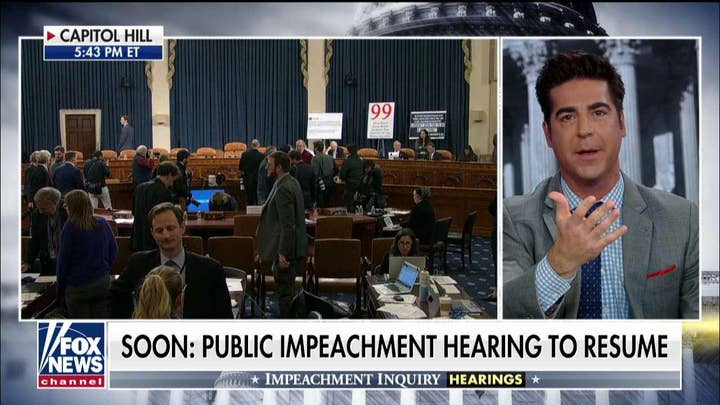 As Conaway spoke, Schiff sat largely emotionless in his chair, with his arms crossed and staring straight ahead.

"I get upset every time you... accuse me of -- simply because I want to know the whistleblower or we want to know what's going on -- that [Republicans] want to 'out' that individual," the Republican added.

Conaway told Schiff that he should either prove the whistleblower has the so-called "immunity" the Texas Republican characterized or "level the playing field."

"I know that you've overruled my request for a closed-door subpoena [of the whistleblower]," he said. "I do think it's important you put in to record the basis on which you continue to assert this absolute right to anonymity of the whistleblower."

The Republican went on to claim House Speaker Nancy Pelosi, D-Calif., had penned a Sept. 23 "Dear Colleague" letter to all 435 elected representatives that asserted whistleblowers are "required by law to testify to the House and Senate Intelligence Committees."

Therefore, Conaway claimed, Schiff is either "defying" Pelosi, and thereby federal law, or Pelosi has the legal standard incorrect.

"At least set the record straight," he added. "Is the whistleblower required by law, as the speaker said, to testify to us or not, and what is this absolute right to anonymity?"

After Conaway yielded back to Schiff, the chairman referenced the federal whistleblower statute, and then asked Rep. Terri Sewell, D-Ala., to begin her questioning.