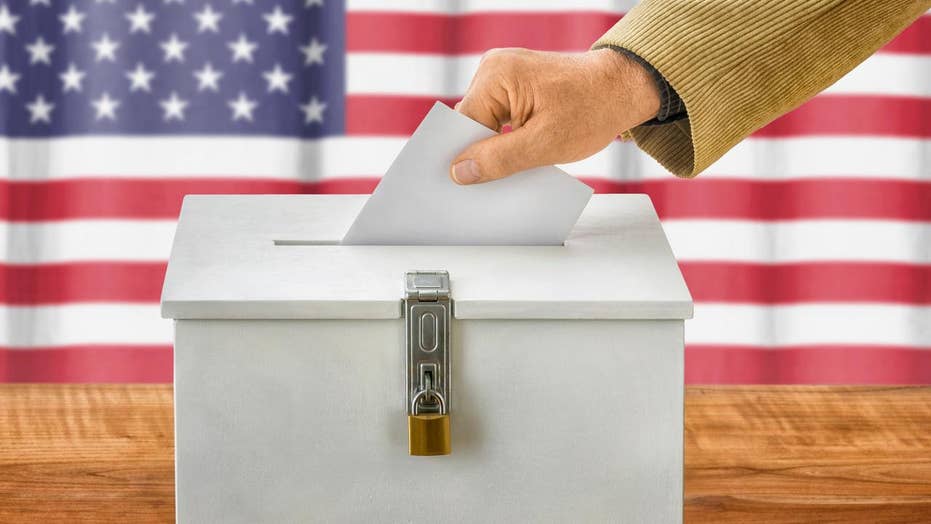 Fox News spoke to Americans in New York City on election night. They spoke about their hope for unity and whether or not the results were a referendum on President Trump.

Read on to see incumbent governors, senators and representatives who were defeated by their opposition.

Incumbent Republican Gov. Bruce Rauner of Illinois conceded to Democratic challenger J.B. Pritzker in a race the media framed as a “battle of the billionaires.”

Rauner was elected in 2016 as an outsider in the deep blue state on a campaign slogan to “Shake Up Springfield,” a reference to the state capital.

High-profile fights with Democrats in the state legislature, and continued state budget problems due to large pension promises to government workers saw Rauner's approval ratings drop. His general election defeat was predicted by many.

The race was close; Evers won nearly 50 percent of the vote while Walker followed just behind with roughly 48 percent. The loss means Walker will not go on to a third term.

The Republican has yet to concede.

Heitkamp voted against confirming Supreme Court Justice Brett Kavanaugh, and came under fire for releasing an ad revealing the names of sexual assault victims without their permission.

Although Heitkamp was known in the Senate as someone who was sometimes willing to cross the aisle, on big issues like tax cuts and repealing ObamaCare, she had stood with her party on Kavanaugh's nomination.

Even though the Democrat had declared support for President Trump throughout the campaign in an attempt to sway voters in a more conservative state, Donnelly was forced to concede Tuesday.

Incumbent Missouri Sen. Claire McCaskill was ousted by Republican candidate Josh Hawley in one of the most contested Senate races of the midterm elections.

The Democrat, who served the steadfastly red state for nearly two decades, seemingly tried to hedge her bets during the campaign and presented a more centrist message on the stump.

However, McCaskill had mostly stuck within her party’s line this year, calling for gun-control measures, and voting against both the GOP’s plan for tax cuts and Justice Brett Kavanaugh’s Supreme Court nomination.

First appointed to fill a vacancy in 2011, Heller was considered the most vulnerable GOP senator seeking another term. He was the only senator running for re-election in a state that Hillary Clinton won in 2016.

Nelson was one of many unseated Democrats who opposed Justice Brett Kavanaugh’s Supreme Court nomination.

The incumbent 18-year senator was defeated in the toss-up race by nearly 1 percent of the vote.

Comstock had won her race comfortably in 2016. President Trump was unpopular in the district in part because of his proposals to slash federal employees' benefits.

Brat was a two-term incumbent in the GOP stronghold of Virginia. The district had been held by Republicans since 1971.

Yoder, endorsed by President Trump in July, garnered 44 percent of the vote.

Republicans had previously held the suburban Chicago district for more than four decades.

Faso had held the seat since being elected in 2016.

He had served the district since being elected in 2009.

Paulsen had easily won elections throughout his five terms in office even as the Minneapolis-area district trended toward Democrats.

Although Coffman is an Army and Marine veteran and is active on veterans' issues, Crow used his own military service to neutralize the incumbent’s advantage.

Coffman won the district by eight points in 2016.

Allred, a former NFL player with the Tennessee Titans, previously served as a Housing and Urban Development Department official during the Obama administration.

U.S. Congressman Carlos Curbelo, Republican incumbent candidate for District #26, with his wife and daughters, right, speaks to supporters as he concedes after losing his seat against Democrat candidate Debbie Mucarsel Powell on Tuesday, Nov. 6, 2018.  (Pedro Portal/Miami Herald via AP)

Incumbent GOP Rep. Carlos Curbelo of Florida’s 26th Congressional District was ousted by Democrat Debbie Mucarsel-Powell. Curbelo had held the seat since his election in 2015.

Horn won nearly 51 percent of the vote compared to the incumbent Russell's 49 percent.

Rep. Scott Taylor has lost the race against his Democratic opponent, Elaine Luria, Fox News projected. (US House of Representatives)

Slotkin won nearly 51 percent of the votes while Bishop won around 47 percent.