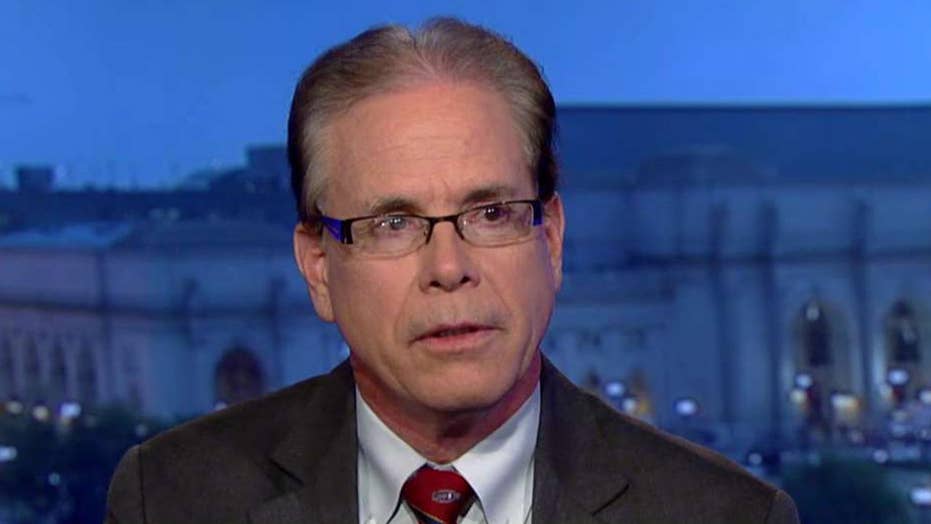 The Republican businessman thanked supporters Tuesday night for "putting [their] faith in [him]," and encouraged voters on both sides of the aisle to start working together after the midterms.

"You fight hard, you make your case. The one thing I would like to see in politics. … It’s gotten way too nasty on both sides. It should be about ideas … both sides and their families have had to carry that burden and that weight. I hope that changes down the road," Braun said during his victory speech, adding that the Hoosier State needs to take their ideas to Washington, D.C.

Braun set himself apart during the Senate race. He wore more relaxed outfits during primary debates and constantly touted his "outsider" status.

“President Trump, he was a disrupter, outsider and businessman, and look what’s occurred,” Braun previously told Fox News. “I’ve lived it. I’ve signed thousands of paychecks just like the president did [as a businessman]. He was an inspiration for me to run for senator, and I hope for others as well. There needs to be more of us to step outside the comfort zone.”

Braun and Donnelly were being backed by President Trump and former President Barack Obama, respectively, as the race wrapped up. Throughout the campaign, both the Republican businessman and the Democrat declared their support for Trump — with an intention to sway voters in a more conservative state.

On Sunday, Obama told a crowd of Donnelly supporters they didn't want just a "yes man," referring to Braun, a firm Trump ally. He specifically praised Donnelly's support for Obamacare.

WHO IS MIKE BRAUN?

"Joe Donnelly and I didn't agree all the time. But Joe always let me know where he stood and I knew what he believed in and that he always was focused on: 'What's the best thing for the Hoosiers that he served?'" Obama said. "He was honest and he was direct. So you can count on that. That's what you want."

"I wish Mike the best, and I hope he makes every single Hoosier proud as our senator."

The next day, Trump attended a rally in Indianapolis for Braun to encourage voters to turn out for the Senate hopeful instead of "Sleepin' Joe."

In the end, Braun came out on top — and Donnelly conceded to the Republican Tuesday evening.

"A few minutes ago, I called Mike Braun and congratulated him on winning a hard-fought race. I’d like to thank every single American who believed in this campaign and worked to make it successful, and every Hoosier whom I have come across over the last six years who helped me to better serve my state," Donnelly said in a statement. "It has been one of the greatest honors of my life to represent Indiana in the Senate. I wish Mike the best, and I hope he makes every single Hoosier proud as our senator."

Braun labeled himself as a "conservative businessman" on his campaign website, adding President Trump will need "reinforcements" if he's aiming to truly "drain the swamp" in Washington, D.C. However, as some of his primary opponents pointed out, he voted with Democrats for more than a decade in state elections — though his campaign spokesman has claimed he only voted blue to disrupt the outcomes of those races.

"Washington is chock full of politicians who talk a slick game, but comes up empty when it comes to getting real results. These politicians have done nothing to increase the prosperity and safety of our families and instead rigged the system to benefit the politically connected and themselves," Braun wrote on his website.

He vows to protect the Second Amendment, which he says he supports 100 percent, noting that he's an avid hunter and member of the NRA. The Republican also called Obamacare an "unmitigated disaster" for Indiana and demanded that it be repealed and replaced completely.

"I'm not going to let you down. I'm going to make you proud as Hoosiers and your next senator from Indiana," Braun said as he concluded his speech. "Thank you very much."

The Associated Press and Fox News' Kaitlyn Schallhorn contributed to this report.