Lawyers for Trump and Cohen dispute content of secret tape

Michael Cohen could face new professional and legal challenges for leaking a secretly recorded conversation with his former client Donald Trump -- a risky move that could cause problems with the state bar, future clients and even investigators.

Cohen, who served as a Trump Organization attorney for more than a decade and has described himself as President Trump’s “fixer,” has sought to distance himself from his client and close friend in recent weeks—though the leak drew the starkest line in the sand between the two.

This week, Cohen’s attorney, Clinton confidant Lanny Davis, released to CNN the tape which had a recording of a discussion between Trump and Cohen about potentially buying the rights to Playboy model Karen McDougal’s story claiming an affair with Trump.

Cohen reportedly has felt hung out to dry by the president, and this was part of his attempt to punch back.

But the move could cause problems for Cohen beyond the president's angry tweets, as experts raise questions of ethical violations.

“He is increasing the amount of baggage associated with his credibility by the day,” white-collar criminal defense attorney for Ifrah Law and former DOJ official Jim Trusty told Fox News.

The president and his legal team were put on defense by the release of the tape, as they scrambled to claim the garbled conversation did not -- as some suggested -- show Trump discussing a cash payoff. But Trump's team also fired back by hammering Cohen for recording the conversation without Trump’s consent. The president, on Wednesday, tweeted: “What kind of lawyer would tape a client? So sad!”

GIULIANI BLASTS COHEN AND DAVIS FOR LEAKING TRUMP TAPE: 'SO MUCH FOR ETHICS!'

Trusty told Fox News it is indeed “unheard of” for an attorney to record a client without the client’s permission -- and questioned whether Cohen would be able to get future clients after this.

“It raises gigantic issues as to the ethics of it, and as a practical matter, whether any client is going to walk in that door after knowing Cohen surreptitiously recorded his biggest client,” Trusty said, noting that Cohen “betrayed” Trump.

Trusty speculated that Cohen’s decision to record Trump could “somehow be an insurance policy” to “protect himself should he find himself in harm’s way.”

“Whether it actually serves that purpose is a totally different question,” Trusty said.

Richard Painter, who was White House ethics counsel for former President George W. Bush, also told Fox News “there are two areas where Cohen has exposure to disciplinary action by the bar.” 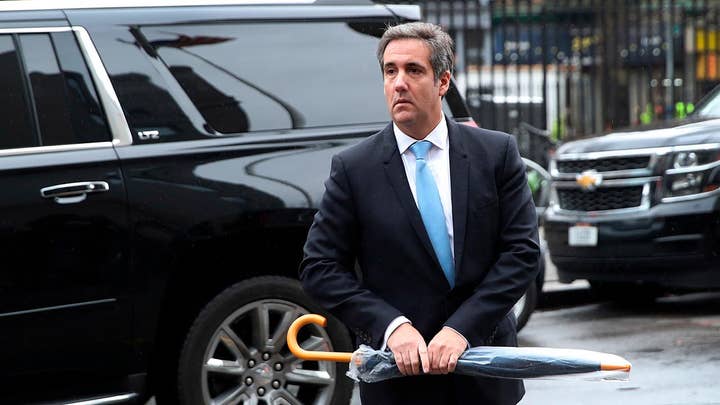 Painter cited New York Bar Association Rule 1.2 D, which states that “a lawyer shall not counsel a client to engage or assist a client in conduct that the lawyer knows is criminal or fraudulent.”

Trump's legal team says no such payment was ever made for McDougal's story. Further, Cohen reportedly told a CNN anchor that the Daniels payment was for Trump and not the campaign, according to another leaked tape.

But Painter said Cohen was “leading his client [Trump] into a potential crime” by not telling him he would be responsible for disclosing the payment.

Painter added: “Instead, what Cohen does is he assists it, facilitates it, and encourages it. But then tapes it without Trump’s consent. I don’t know why a lawyer would do that unless to have something over the client.”

Painter also said Cohen could be in violation of bar Rule 1.6, which cites the “fundamental duty of a lawyer not to reveal information gained during and relating to the representation of a client without the client’s informed consent.” 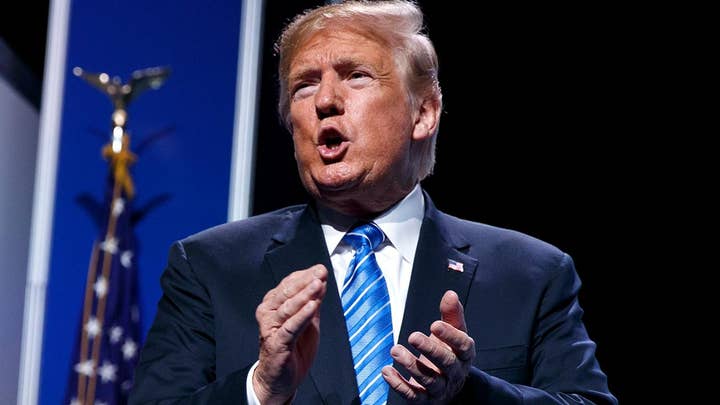 Painter said Cohen’s leak of the conversation is “very problematic” unless he was working to prevent a crime.

“On both counts, he’s got some serious problems. And he’s got other problems too,” Painter said. “There is a reason his office was raided.”

Painter also noted that if Cohen pleads guilty to any felony in that case, he would be automatically disbarred.

Trump lawyer Rudy Giualiani suggested to the Washington Examiner that Cohen could face professional discipline over the tapes.

“I don’t think we have to do anything about that,” Giuliani said. “I think the bar association will.”

The New York court system's grievance committee, which oversees attorney conduct, declined to comment to Fox News for this story.

Cohen’s attorney did not immediately respond to Fox News’ request for comment, but adamantly defended Cohen earlier this week on CNN.

"This is about honesty versus false disparagement of Michael Cohen," he told CNN, claiming the Trump legal team fears his client because he "has the truth about Donald Trump."

The Washington Post also noted the release of the audio could rankle investigators, and cause difficulty in striking any potential deal.