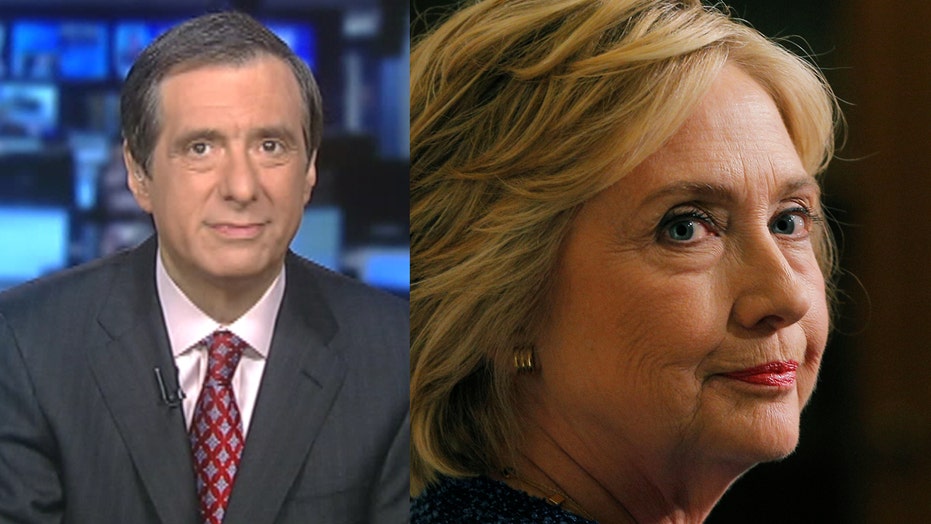 The media consensus is that Hillary Clinton’s failure to disclose her pneumonia was, well, deplorable.

But when it comes to her calling many of Donald Trump’s supporters a “basket of deplorables,” not so much.

This is a case study in how journalists, subconsciously or otherwise, use their views to frame coverage of a story.

The New York Times led the paper yesterday with a tough news story on the Hillary health mess. There was no need to attribute the problems that Clinton created for herself to outsiders, the paper just came out and said it.

An underlying factor here is that Clinton and her campaign stiffed the press, and the press doesn’t like that. Keep in mind that not only did she fail to reveal the pneumonia diagnosis on Friday, she ditched her protective press pool when she fell ill at Sunday’s 9/11 ceremony. Reporters didn’t even know she had left, then didn’t know where she was, and were given an initial “overheated” statement that was, ah, rather incomplete.

Why didn’t the campaign say two days earlier that the candidate had, like millions of Americans, contracted pneumonia?

“Mrs. Clinton’s inner circle was mindful of both her guardedness and her expectation of loyalty once her mind is made up…But Mrs. Clinton’s penchant for privacy backfired,” the Times said.

And there was this:

“But the manner in which Mrs. Clinton’s illness became public has also revived concerns among supporters, and criticism among detractors, about her seemingly reflexive tendency to hunker down, often citing a ‘zone of privacy,’ when she senses a political threat. Her desire for tight control over personal information deepened during the partisan wars of the 1990s, influenced her use of a private email server as secretary of state and now threatens to make her look, again, as though she has something to hide.”

What’s more, “Mrs. Clinton has long relied on a tight-knit, intensely loyal group of aides who share her instincts for political warfare and her skepticism and even hostility toward calls for fuller disclosure.”

Politico also gets to the heart of the problem, even if it’s cast as fostering anxiety for her party:

“It’s not her health that’s worrying Democrats. It’s her secrecy…
“Democrats supporting Clinton’s campaign worried, once again, about a deeper problem with the candidate herself…

“Her explanation was reminiscent of the one she has used to dismiss questions about her unsanctioned private email server — saying it was merely for convenience, and noting that other people did it, too.”

Now contrast that with the coverage of this Clinton comment: “To just be grossly generalistic, you can put half of Trump supporters into what I call the basket of deplorables. Right? Racist, sexist, homophobic, xenophobic, Islamaphobic, you name it.”

Attacking your opponent’s supporters is never a good idea, and to her credit, Clinton expressed regret for the “wrong” remark, though only about using the word “half.”

As I’ve noted, the Times originally relegated this to two paragraphs at the bottom of a Trump story, without any recognition that this might be offensive, and didn’t put it on the front page the next day. Other news outlets cast the story as a partisan dustup: Republicans attack Clinton comments, Trump campaign demands apology, that sort of thing.

Few offered any independent assessment that what Clinton had said was a blunder, on par with Mitt Romney’s 47 percent and Barack Obama’s clinging to guns and religion. Nor did they report it when Clinton had said something similar in an Israeli TV interview.

In my view, many journalists essentially agree with her, so it didn’t jump out at them as an outrageous statement.

That’s certainly true on the opinion side. Charles Blow in The New York Times:

“What Clinton said was impolitic, but it was not incorrect…
“Donald Trump is a deplorable candidate — to put it charitably — and anyone who helps him advance his racial, religious and ethnic bigotry is part of that bigotry. Period. Anyone who elevates a sexist is part of that sexism. The same goes for xenophobia. You can’t conveniently separate yourself from the detestable part of him because you sense in him the promise of cultural or economic advantage.”

“Hillary Clinton may have been unwise to say half of Donald Trump’s supporters are racists and other ‘deplorables.’ But she wasn’t wrong.

“If anything, when it comes to Trump’s racist support, she might have low-balled the number.”

He and others cite poll figures purportedly showing the dark views of many Trump backers.

Now obviously Trump does attract some support from alt-righters, white supremacists and others. But to broadly dismiss his backers—potentially a quarter of the electorate—as terrible people smacks of closed-minded elitism.

But here’s an interesting twist. “In the wake of her comment,” writes the Washington Examiner’s Byron York, “some media figures decided to devise a ‘deplorables’ quiz for Trump supporters. Is Person X deplorable? How about Person Y? The effect was to pressure Trump supporters not only to agree with Clinton's larger point but with her precise terminology.”

York recounts how Mike Pence denounced David Duke, who’s backing Trump, as a bad person, on CNN, but repeatedly declined Wolf Blitzer’s invitation to use a certain word, saying he doesn’t like name-calling. This led to a spate of negative headlines:

USA Today: “Mike Pence refuses to call David Duke 'deplorable'”
And on and on.

Now Clinton knew there were television cameras when she went the deplorable route. So maybe she was willing to take a short-term hit to change the media dialogue?