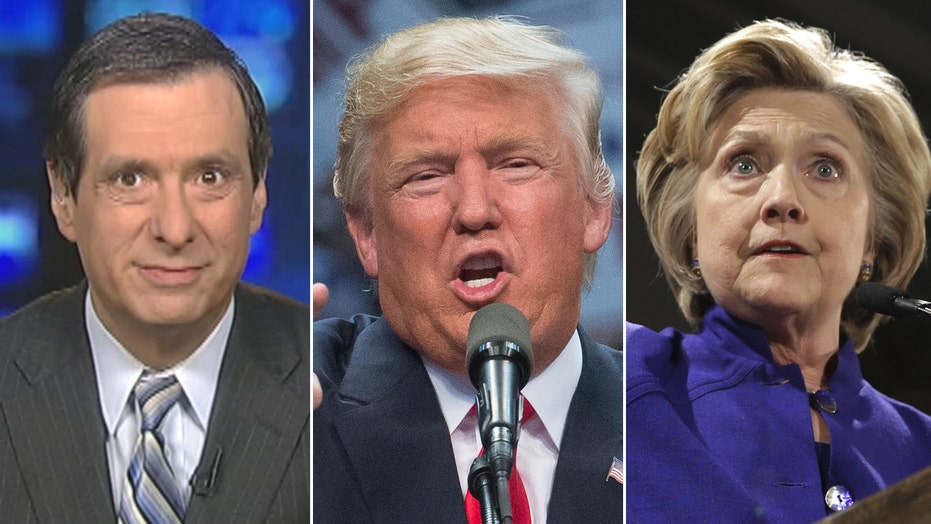 Kurtz: Why pundits are bummed over 2016

The pundits are downright depressed.

Why, they ask, are we down to such terrible choices in the presidential race?

How, they cry, did it possibly come to this?

Now it’s true that the leading contenders all have, as we say in the biz, high negatives. And it seems like a paradox: They’re winning, and yet most Americans don’t like them? Why, that practically violates the laws of physics.

The subtext, of course, is that it’s the commentators who don’t like Donald Trump, Ted Cruz and Hillary Clinton. And they’re frustrated that they can’t find a horse to ride.

There are conservative pundits who can’t stand Trump but don’t much like Cruz, or think that nominating either one would lead to a Hillary victory. And a few have told me privately they would reluctantly vote for Hillary.

There are liberal pundits who love Bernie Sanders and find Clinton unexciting and untrustworthy, having to resign themselves to the near certainty that she will be the nominee.

Then there’s Clinton at 56 percent negative, 32 percent positive, far worse than just a month ago.

“Pause to let that sink in, to compare this dyspeptic situation with previous elections — and consider the implications for governing,” she writes.

National Review columnist Jim Geraghty is equally perturbed by the choices. Trump, he writes, is “much like Clinton, willing to say or do whatever he must to win. But Clinton has a basic policy knowledge, which Trump doesn’t even pretend to have.”

So let’s drill down on what’s being dubbed the “unpopularity contest.”

We live in an era of negativity. The candidates get a lot of bad press, are bashed on social media, and spend plenty of time ripping each other. If Coke, Pepsi and Dr. Pepper were constantly saying that their rivals made awful soda, their negatives would go up too.

This is also a campaign cycle driven by public anger and frustration. That means voters may like their particular candidate but hate the others. Or just dislike them all. If you supported, say, Marco Rubio or Chris Christie or Ben Carson or Rand Paul, you may be unhappy with your remaining choices.

And both parties operate in hyperpartisan mode, with both Democrats and Republicans having lost most of their moderates. The president pushes through ObamaCare on basically a party-line vote; the Republicans refuse to hold hearings on his Supreme Court nominee. The next president will be walking into the same situation.

But at the core of this phenomenon is the question of intensity. Trump’s supporters are passionately devoted to him, but the same bombastic and controversial style turns off voters who are not inclined to be fans. Cruz is deemed unlikable even by many GOP politicians, including those like Lindsey Graham who are holding their nose to support him. Clinton has an army of loyalists, including older women, but arouses intense opposition among Sanders fans, not to mention Republicans who focus on her email scandal.

What counts is generating enough excitement so that your voters turn out, even if that spawns opposition among many other voters—some of whom may just stay home.

Public opinion, for example, favors a Senate vote for Merrick Garland, but Republican lawmakers can defy that because their base would be so angry as to make them pay a significant price. A majority of Republicans say the candidate with the most delegates should win, even if he fails to get to 1,237, but many probably don’t feel strongly enough about that to deter Cruz or John Kasich.

To be sure, negative poll ratings can fluctuate. Trump may have abysmal numbers among women, but he won nearly six in 10 in the New York primary.

If we are headed for a lesser-of-two-evils election, the chattering class may decry how we reached this sorry state. If the nominees are Trump and Clinton, the answer is that more people voted for them than anyone else, and that intensity matters far more than detractors just telling pollsters that they have an unfavorable impression.

The pundits may just need to get over their disappointment.