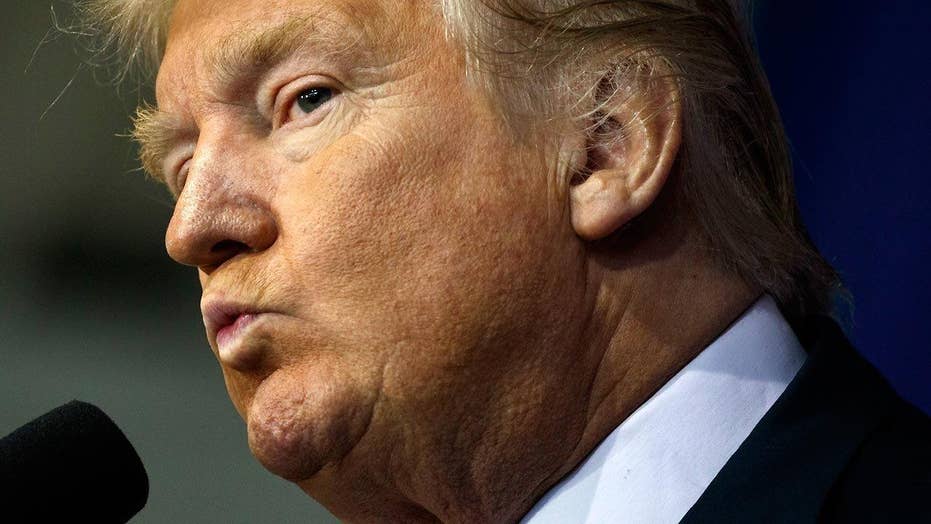 Let’s say I’m wrong about Donald Trump wiping out the other 89 minutes of the debate here in Las Vegas with the one minute that he refused to promise to abide by the election results.

Let’s say the corrupt and dishonest media are blowing this up to deflect attention from Trump’s strongest performance against Hillary Clinton.

Let’s say Joe Scarborough, hardly a Trump fan, has a point in declaring on MSNBC: “How many people in Scranton, Pennsylvania care about what he said in that answer, compared to people in newsrooms that are whimpering and whining with their, you know, soy lattes?” (Hey Joe, wasn’t your show sponsored for years by Starbucks?)

The answer is still inexplicable.

It’s inexplicable because the media-savvy billionaire handed his media antagonists a club with which to beat him.

It’s inexplicable because Chris Wallace gave him a chance to retreat after his initial, defiant answer.

It’s inexplicable because the ultra-obvious question came up in debate prep and that was not what Trump’s team wanted him to say. In fact, Kellyanne Conway and Mike Pence, among others, were out on television saying that their guy wasn’t talking about the electoral system being “rigged,” just the incredible unfairness of the media. They stuck to that line even after the boss seemingly contradicted them by tweeting about heavy-duty voter fraud. And Trump surrogates I spoke with made no effort to hide their disappointment at his debate answer.

Trump is a flout-the-rules kinda guy. He’s the outsider who does things his own way, unencumbered by political protocol or what he dubs political correctness. The guy took on the Pope, for heaven’s sake.

What happened on that stage is reminiscent of the first GOP primary debate in Cleveland, when Trump alone refused, in response to Bret Baier’s question, to pledge to support the Republican nominee. (Ironically, some of those who did, including Jeb Bush, wound up breaking the pledge.)

I’m told Trump now believes a vast array of forces are arrayed against him—the media, the Democrats, the Republican establishment, Alec Baldwin—and may see voter fraud (which exists but not on the scale to tip a not-very-close presidential election) as part of this tidal wave. This may have been his way of saying he isn’t surrendering in advance until he sees what the facts are—essentially what Trump said yesterday in the inevitable walkback of his response.

The less generous interpretation, which is all over the airwaves, is that he’s just setting up an alibi for his inevitable loss and rumored launch of a media network.

I was writing at the University of Nevada that Trump was having a strong night when he uttered the response that makes it far more difficult for him to close the polling gap. (Calling Hillary a “nasty woman” at the end certainly didn’t help.) And Clinton, who had some rough spots in the debate, effectively used mockery against Trump by reciting his previous claims of rigged deals against him, from the Iowa caucuses to his reality show being passed over for an Emmy.

Fairly or unfairly, the media verdict has been nearly unanimous. Just check out this lead from the AP:

“Threatening a fundamental pillar of American democracy, Donald Trump refused to say Wednesday night that he will accept the results of next month's election if he loses to Hillary Clinton.”

Politico says that “Donald Trump made the biggest mistake of his life. Like most gaffes, this one wasn’t actually a mistake but an honest statement of suicidal sentiment.”

From the left, Slate’s William Saletan has a crazy diagnosis:

“Donald Trump is mentally ill. After 16 months of campaigning and three general election debates, this has become all too clear. Trump sees himself as the victim of a web of conspiracies encompassing House Speaker Paul Ryan, the FBI, the CIA, and the Iraqi military. He sees events in his life—women who claim to have met him, violence by supporters at his rallies—as tentacles of these plots. He refuses to accept the outcome of the election, and he demands that his opponent be jailed, not because Trump is cynical but because he is paranoid.”

(On the other hand, the Wall Street Journal’s Peggy Noonan just wrote this: "Look, he’s a nut and you know he’s a nut. I go to battleground states and talk to anyone, everyone. They all know Donald Trump’s a nut. Some will vote for him anyway.”)

From the right, National Review’s Jonah Goldberg says Trump wasn’t even having such a great debate:

“I agree with the already gelled conventional wisdom that Trump’s biggest blunder came when he said we’ll just have to wait and see whether he accepts the results of the election. Whatever arguments you want to make in defense of the response are irrelevant (and judging from the ones I’ve heard on TV, pretty pathetic). He basically gave the media carte blanche to freak out over his answer for at least a week. Don’t get me wrong, I think his answer was awful. But even if I didn’t, it was strategically stupid — unless the goal is to further alienate his core supporters from mainstream American politics in order to create a television network for the ranks of the disaffected (as part of Operation Destroy the GOP).”

But back to my original premise. Let’s say the media are wrong about the fallout for Trump, as they have been so many times since insisting he’d never win the nomination.

He’s still down 7 to 9 points in recent polls, trailing in a whole bunch of swing states and merely competitive (up 2 points in Texas?) in some states that are usually a lock for the GOP.

Trump needed to change the dynamic of this race, and having failed to do so in Las Vegas, he is running out of time. 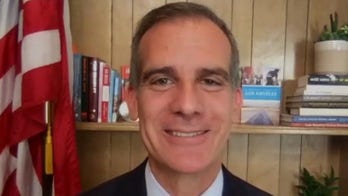 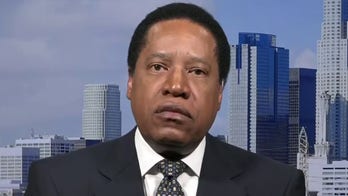