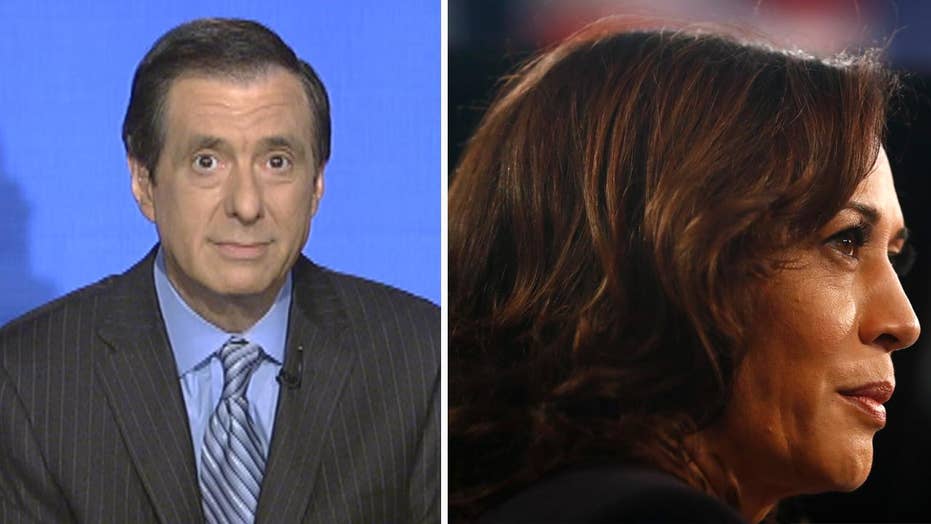 Howard Kurtz: Kamala Harris ‘surges’ after debate, but is that ephemeral?

'MediaBuzz' host Howard Kurtz weighs in on Kamala Harris surging in the polls after the first Democratic primary debate.

Well, the Democratic presidential race is practically over.

So what if nobody actually gets to vote until next year? That's a mere formality. Haven't you seen the latest poll??

That's the impression I'm getting as I watch the pundits react to a CNN survey that shows Joe Biden sinking and Kamala Harris rising.

One subpar debate performance and he's toast, while she's practically giving the acceptance speech at the convention.

I will say this about the CNN poll, conducted after the Miami debate:

Since Thursday night, the public has been bombarded with stories about how terrible Biden was and how brilliant Harris was.

They've been told that Biden is old, slow, insensitive to racial justice, in no shape to take on Donald Trump and beginning his inevitable collapse.

They've been told that Harris is charismatic, inspiring, perfectly positioned to combat racial injustice, and beginning a surge that could carry her all the way.

Here's a New York Times story from yesterday: "Riding the Post-Debate Buzz With Kamala Harris's Sorority Sisters." The paper interviewed current and former members of Harris' old college sorority; one of them said: "She just reminds me to be fearless in the pursuit of my goals."

On Sunday, most of the top of the Times front page was devoted to a photo of the California senator striding purposefully toward an event.

No wonder the numbers are moving.

Now maybe this is a turning point in the campaign, I don't know. Maybe we'll look back and say this was the moment that launched Harris to the top of the ticket and turned Biden, the heavy favorite, into the Jeb Bush of 2019.

But the rush to judgment in some quarters is just stunning.

LOSING THE BASE? MSNBC GUEST CRITICIZES BIDEN FOR PUBLIC GAFFES OVER MANY YEARS

Behind them were Elizabeth Warren, at 15 percent (a gain of 8 points), and Bernie Sanders, at 14 percent (a drop of 4 points).

Now I have to say that Biden hasn't done much to help himself since the debate. He should be fighting back in a media blitz, showing he can take a punch and get off the canvas. Instead, he's still hanging back and playing it safe.

He gave a speech to the Rainbow Coalition, which was fine, and did a previously scheduled interview with Al Sharpton, but that's it.

Biden should be going on the network morning shows and the prime-time cable shows. He should be defending his civil rights record but, just as important, changing the subject and making news on subjects of his own choosing.

The other day his campaign put out some blistering criticism of Trump meeting with Kim Jong Un. But no one cared, because it was a canned statement. Had he made that case on "Today" or "GMA," he would have generated headlines.

If the former VP is getting hammered for being slow, he has to move faster and engage with the media.

Harris has handled herself well since the debate. Of course, news outlets are choosing not to press her on embracing Medicare for All, with its elimination of private health insurance, or for saying we need more school busing today.

But part of being a successful politician is knowing how to ride a wave, and how to get out from under one.