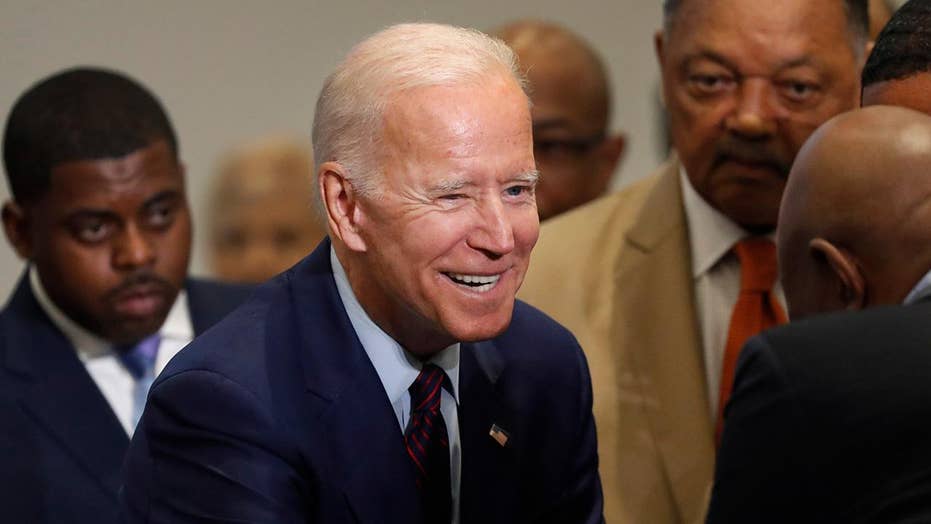 Left-leaning MSNBC has been a reliable safe space for Joe Biden, but could the network be turning away from the former vice president?

During an appearance on "Morning Joe" on Tuesday, contributor Noah Rothman had the ex-VP in his sights, claiming he has been embarrassingly misspeaking in public for years and said voters shouldn't be shocked by his gaffes out on the campaign trail.

"If you were a Joe Biden supporter under the impression that he was a master rhetorician -- that he had really, command of the verbiage and he could do more than connect emotionally with you, I don’t know if that was his core support," he said Tuesday on "Morning Joe."

"If you watched him for the last eight years, he has a habit of putting his foot in his mouth," Rothman added.

Biden had another misstep out on the campaign trail in Seattle on Friday during gay pride week, when he said it would've been acceptable to make "fun of a gay waiter" five years ago.

Those in the audience at the home of public relations executive and gay rights activist Roger Nyhus, voiced their displeasure with the remarks and yelled, "Not in Seattle!" in response.

Biden also misspoke during the Democratic presidential primary debate Thursday when he said his first official act as president would be to "defeat Donald Trump. Period."