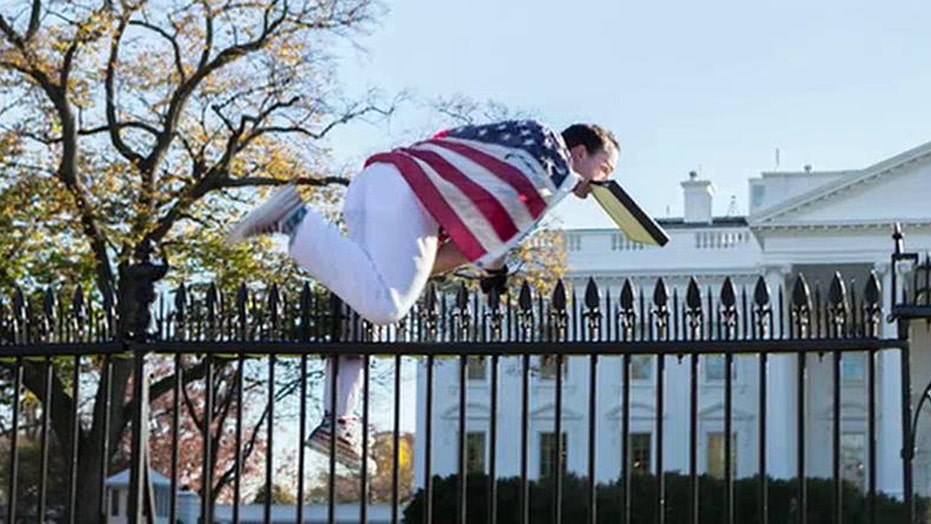 The Secret Service says a man who jumped the White House fence draped in an American flag on Thanksgiving has been charged.

Secret Service spokesman Robert Hoback says 22-year-old Joseph Caputo of Stamford, Connecticut, scaled the north fence on Thursday afternoon and gained access to the north grounds, but was immediately arrested. Hoback said in an email Friday that Caputo was charged with unlawful entry.

The intrusion prompted a lockdown as the first family celebrated Thanksgiving.

Victoria Pena of Houston, a witness, says the man was standing with other people visiting the White House compound when he rushed toward the fence carrying what appeared to be a binder. She says he then lay on the grass awaiting security personnel and guard dogs.