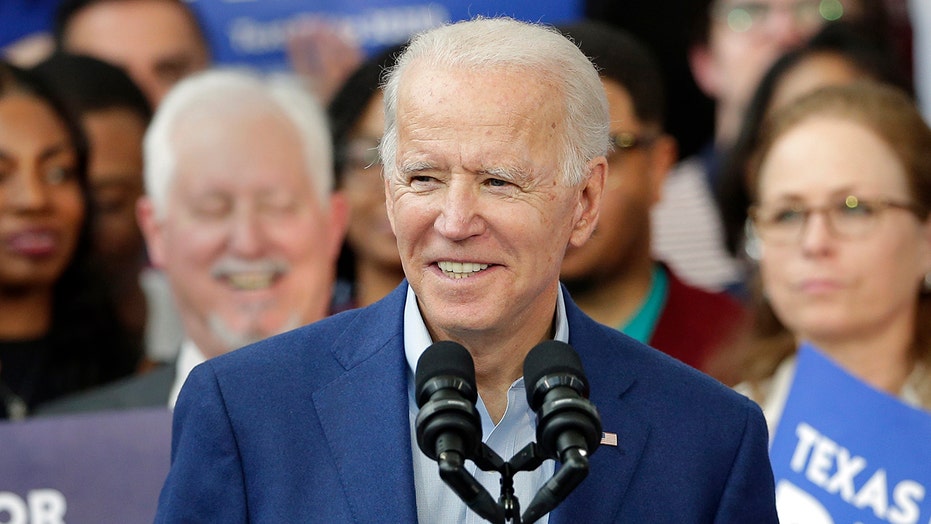 Two female protesters rushed the stage, shouting: "Let dairy die." They held posters reading the same and showing the image of a cow.

Campaign senior adviser Symone Sanders immediately hit the stage, grabbing a protester and taking them off. The other protester was dragged off the stage by security. Biden then continued on with his speech.

Primary candidates, at this point, are not assigned U.S. Secret Service protection.