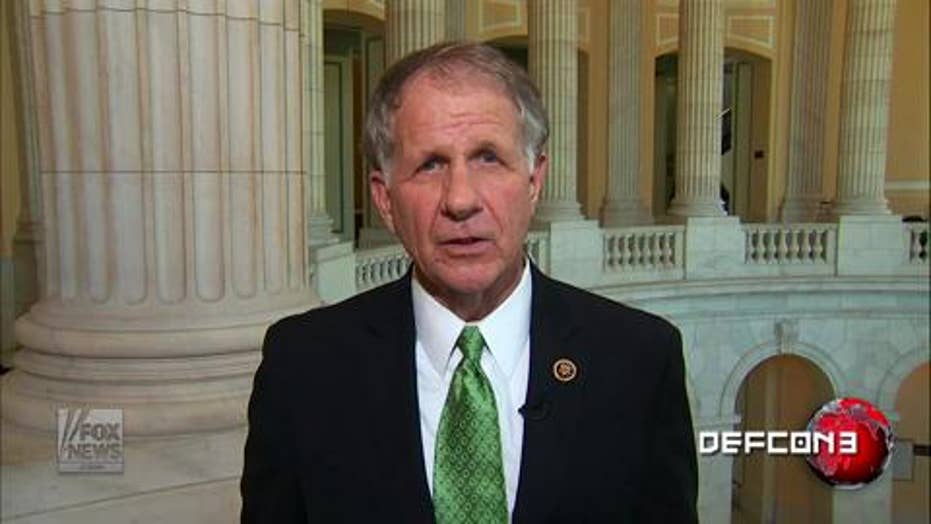 Texas Rep. Ted Poe is filing legislation to give states the authority to deny refugee resettlement in their regions after at least 29 governors announced their opposition to allowing Syrian refugees to enter the United States.

“Half the state governors now have said we are not taking Syrian refugees, so there is a legal issue there -- whether they can or cannot refuse,” said Poe, a Republican, who is chairman of the House Subcommittee on Terrorism.

Poe’s bill looks to provide an opt-out to states by adjusting the Refugee Act of 1980. This action, he says, would avoid a series of potential lawsuits between governors and the federal government.

The law, passed during the Carter administration, provides government assistance in the resettlement of refugees and “assists them to achieve economic self-sufficiency as quickly as possible after arrival in the United States.”

The Act was largely in response to the massive waves of refugees coming to the U.S. in the 1970s from Vietnam and Cambodia.

Since 2012, roughly 7,500 refugees have resettled in Poe’s home state, with most coming from Iraq and Syria, according to the Bureau of Population, Refugees, and Migration.

Critics say in a post-September 11th environment, the law no longer works. Poe pointed out there needs to be modifications to the law in order to meet new security threats.

Currently, the State Department contacts governors and local officials about resettlement decisions, but there is no formal role for them. If this bill passes, “then the states must agree to take specific refugees at specific times; let the states make that decision,” Poe explained.

He blames the current refugee crisis on the Obama administration. “The president needs a plan; containment is not a strategy. America’s plan seems to be: ‘we are going to hunker down, going to have this bunker mentality and we are going to try and protect ourselves the best way we can against attacks in the United States.’ ”

He added, “ISIS is a threat to the United States, let’s first identify the threat – ISIS … the president’s policy is not working, we need a strategy to defeat ISIS.”