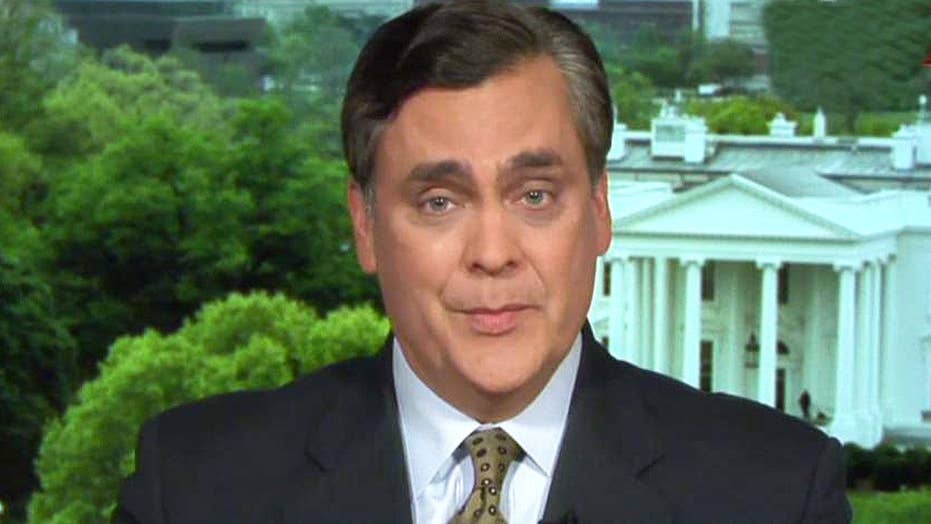 A top constitutional law professor told Fox News' "The Story with Martha MacCallum" Wednesday that President Trump's firing of FBI Director James Comey had created a "major credibility problem" that could necessitate the appointment of a special prosecutor.

George Washington University Law Professor Jonathan Turley told MacCallum that he had previously opposed the idea of a special prosecutor to investigate possible ties between Russia and Trump's campaign because "I'm not too sure what the crime is."

However, Turley added that "the way the White House fired Comey — and the when, more importantly — does give greater justification for the appointment of a special counsel."

Turley added that a better time for Trump to fire Comey would have been soon after his inauguration in January and said the White House needs "to recognize the realities here.

"The president has been criticizing the Russian investigation for weeks. He’s been making it known that he’s not happy with it," Turley told host Martha MacCallum. "To lop off the head of the FBI director after that [extended] criticism creates a real appearance problem, and appearances matter in a political system."

Despite his criticism of the timing of Comey's ouster, Turley dismissed suggestions that Trump was attempting to head off the investigation into Russia's actions during last year's election campaign.