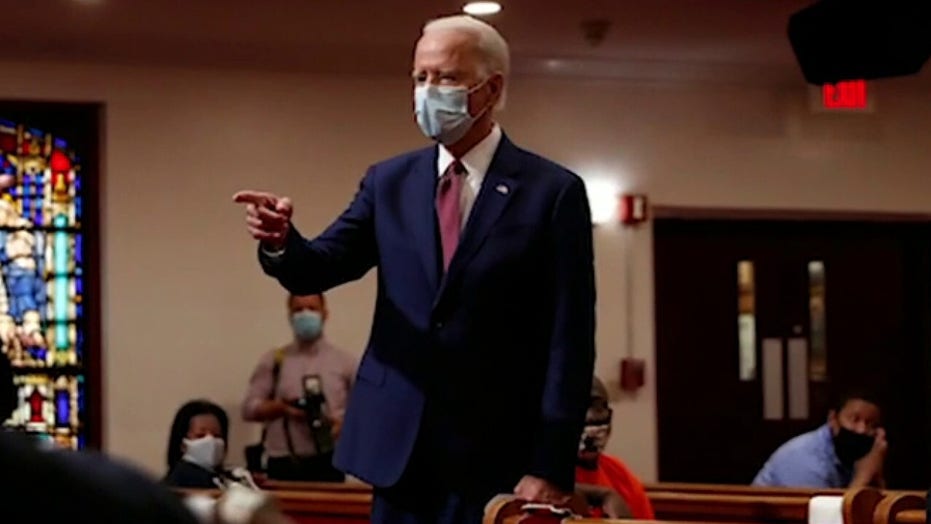 Police groups are raising concerns about Joe Biden after he calls for a national Police Oversight Commission; reaction and analysis from Robert Wolf, former economic adviser to President Obama.

The executive director of a national group that represents more than 200,000 police offices is taking aim at former Vice President Joe Biden.

National Association of Police Organizations director Bill Johnson said the presumptive Democratic presidential nominee has kept “moving left” and has gone “off the deep end” with his calls for law enforcement reforms.

Johnson’s comments – in an interview with Politico that was published early Thursday – come amid peaceful protests, violent clashes and rioting in cities across the country the past nine days that were sparked by the death last week of George Floyd, a black man in Minnesota who died after a white police officer put his knee on the handcuffed Floyd’s neck for nearly nine minutes.

In a speech on Tuesday, President Trump’s Democratic challenger in the November election called on Congress “to act this month on a measure that would be the first step in this direction, starting with real police reform.”

Biden also vowed if elected president to create a national police oversight commission during his first 100 days in the Oval Office. He said that the federal government needs to give the cities and states tools and resources to implement police reforms.

“We all need to take a hard look at the culture that allows for the senseless tragedies that keep [happening.] And we need to learn from the cities and precincts that are getting it right,” he added.

Johnson said it was clear that Biden’s “made a lot of changes the way candidates do during the primary process, but he kept moving left and fell off the deep end.”

Leaders of other law enforcement groups also criticized Biden in the Politico piece.

Fox News reached out to both Johnson and the Biden campaign but had yet to receive a response at the time this article was published.

The National Association of Police Organizations endorsed Barack Obama in the 2008 and 2012 presidential elections in part because Biden was on the ticket. The former vice president, who’s long been a friend to organized labor, has been showered with endorsements by the major national unions after becoming the presumptive Democratic presidential nominee in April.

The president in recent days has emphasized his “law and order” approach to try and quell the unrest – and the Trump campaign on Wednesday slammed Biden for not saying “a single word on one of the most horrific aspects of the bloodshed: attacks by rioters and looters, sometimes fatal, on police officers in the line of duty protecting innocent Americans.”