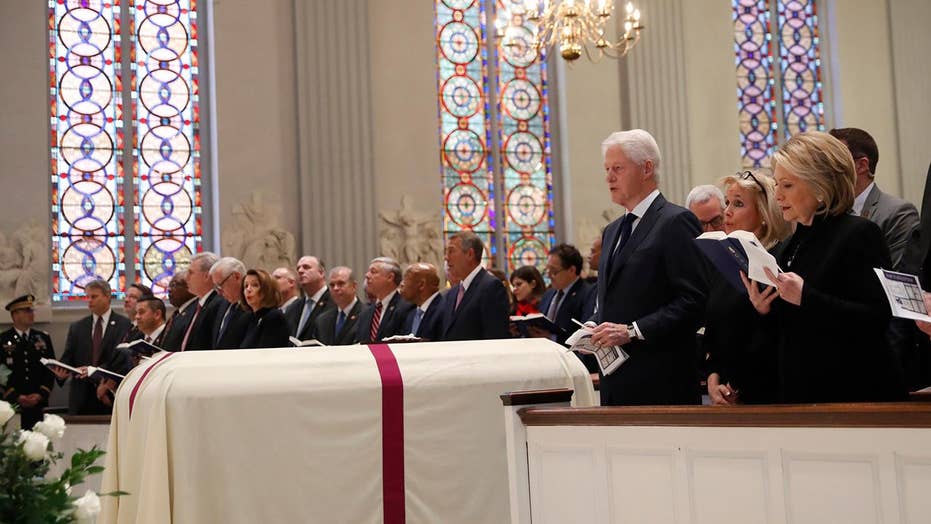 John Dingell, the record-long serving congressman who died last week, is being remembered at his funeral service in Washington as “Mr. Michigan” and a fierce defender of the state.

Former President Bill Clinton and former House Speaker John Boehner of Ohio are among the scheduled speakers paying tribute to the Michigan Democrat.

The 92-year-old Dingell served 59 years in Congress, longer than anyone else in U.S. history.

Rep. Fred Upton followed Dingell as chairman of the powerful House Energy and Commerce Committee. Upton, a Michigan Republican, recalled Dingell’s famous remark about the committee: “If it moves, it’s energy. If it doesn’t it’s commerce. We had the world.”

About 800 people attended a separate funeral Tuesday in Dearborn, Michigan, where Dingell lived.