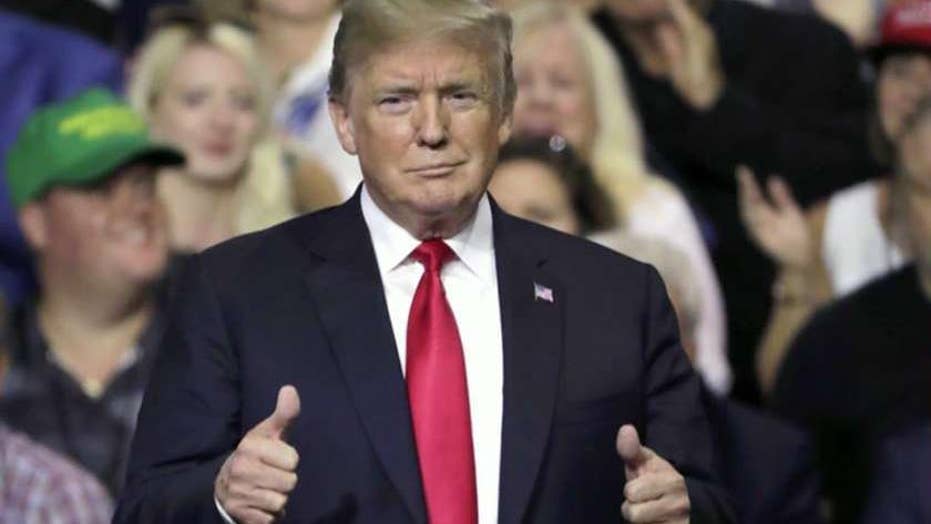 MANCHESTER, N.H. -- Gov. Larry Hogan appears to have the first-in-the-nation presidential primary state on his mind, as the Maryland Republican increasingly flirts with a potential primary challenge against President Trump.

Fox News confirmed that Hogan’s camp has been involved in talks to appear at "Politics and Eggs," a well-known speaking series held at the New Hampshire Institute of Politics at Saint Anselm College that is a must-stop for White House hopefuls.

HOGAN NOT RULING OUT PRIMARY CHALLENGE

A source with knowledge of the conversations said they’ve been underway for a few weeks but “no dates or timeframe has been discussed.”

Hogan won re-election last November to a second four-year term steering the reliably blue state of Maryland, while indirectly criticizing the president during his January inauguration. He has not sought to quiet the speculation about a possible primary bid.

“I would say I’m being approached from a lot of different people,” Hogan said in an interview earlier this week with CBS News. “And I guess the best way to put it is I haven’t thrown them out of my office.”

He also took aim at the president’s chances in 2020, saying “I’m not saying he couldn’t win, but he’s pretty weak in the general election.”

The 62-year-old governor also told Politico this week “at this point in time, I don’t see any path to winning a Republican primary against this president, or anybody doing it. But things have a way of changing … I don’t know what the lay of the land is going to look like this summer, or in the fall.” In the same interview, Hogan criticized the Republican National Committee for allegedly protecting the president, saying: “I’ve never seen anything like it and I’ve been involved in the Republican Party for most of my life. It’s unprecedented. And in my opinion it’s not the way we should be going about our politics.” 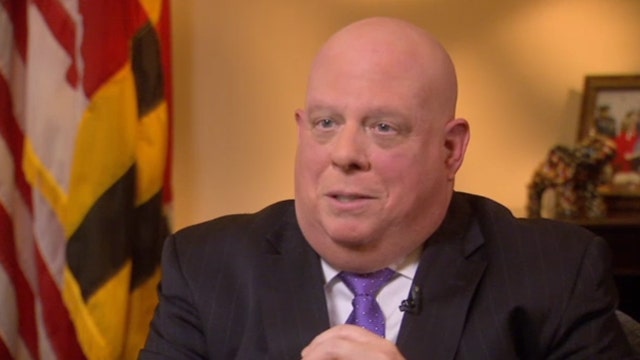 Hogan described conversations with GOP officials and donors lately about a possible run as “something of a feeding frenzy.” The RNC fired back, telling Politico that any primary challenge would go "nowhere."

The Maryland governor next month heads to Iowa, the state that votes first in the presidential caucus and primary calendar. Hogan will be there in his role as vice chairman of the National Governors Association, but he told Politico he would set aside some time for meetings before heading home.

Fox News also confirmed that Hogan met earlier this month with Bill Kristol, the conservative columnist and never-Trump leader who’s hoping to land a 2020 primary challenger to the president.

If Hogan does speak at "Politics and Eggs," he would be the second potential GOP primary challenger to headline the forum this year. Last week, former Massachusetts Gov. Bill Weld – a very vocal Trump critic – announced at the event that he was forming an exploratory committee as he moved toward launching a longshot GOP primary bid.

Keeping the door open, he told Fox News at the time, “I really don’t know what I’m going to do.”