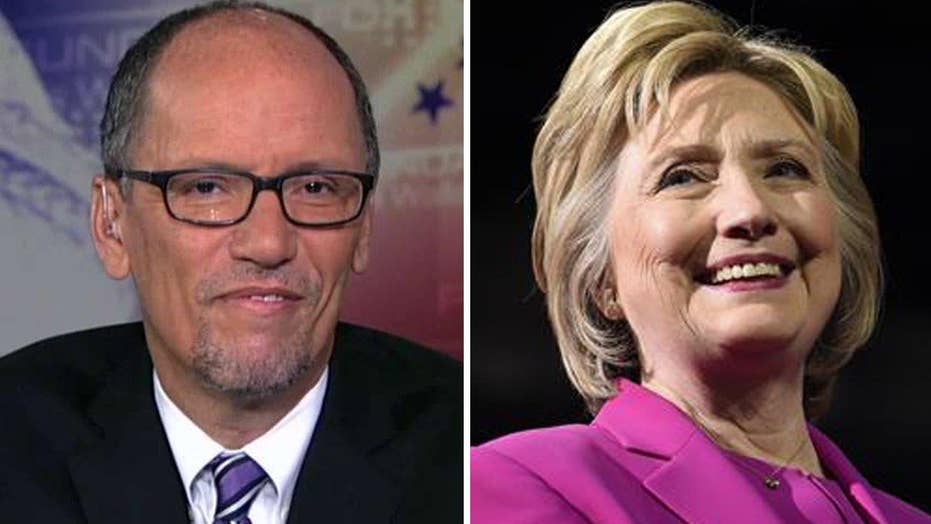 Tom Perez: Clinton knows she has to earn back trust

Labor Secretary and potential Hillary Clinton running-mate Tom Perez acknowledged Sunday that the presumptive Democratic presidential nominee “has some work to do” to regain voters’ trust before the November election, even after the Justice Department concluded its investigation last week into her email scandal.

The investigation ended Tuesday with FBI Director James Comey saying Clinton was “extremely careless” in using a private email-server system while secretary of state, but recommended no criminal charges, which led Attorney General Loretta Lynch to close the case.

"She made a mistake,” Perez told “Fox News Sunday.” “And she acknowledges that she has to earn the trust back."

Perez in part defended Clinton by pointing out that Comey testified last week on Capitol Hill that “career officials” had given her guidance on her email and server use.

He also suggested that the GOP-controlled Congress will nevertheless continue to hold hearings on the issue.

In addition, presumptive Republican presidential nominee Donald Trump is almost certain to continue to raise the issue in hopes of defeating Clinton in November.

Perez also argued that Clinton had to win the trust of New York voters when she successfully ran in for a U.S. Senate seat, considering she had never run for office.

"And I often judge a person by what they did when they weren't in the spotlight. And Hillary Clinton has spent her entire life breaking down barriers.”