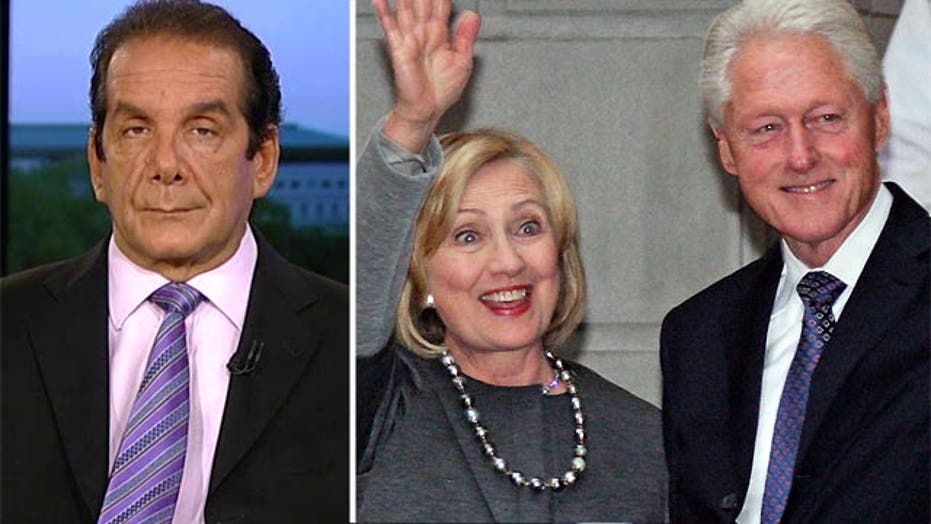 Charles Krauthammer told viewers Thursday on “Special Report with Bret Baier” that he was struck “by the unbelievable arrogance of the Clintons.”

Krauthammer, a syndicated columnist and Fox News contributor, was reacting to new reports the Clinton Foundation allegedly received donations connected to business deals, while Hillary Clinton was the secretary of state.

“They burn the tapes, they eliminate the email. Yes, you might not have had a direct quid pro quo in the emails, but there might have been hints of things going,” said Krauthammer. He added that American people may never get to the bottom of it, because all the evidence is “gone.”

Krauthammer said he was surprised by Clintons' “full expectation [that] they’re going to get away with it.”

“While you are walking the line,” Krauthammer said while referring to Clintons.  He added that ongoing scrutiny is not a big concern for the Clinton family because “they think in the end, they’re going to get away with it.”