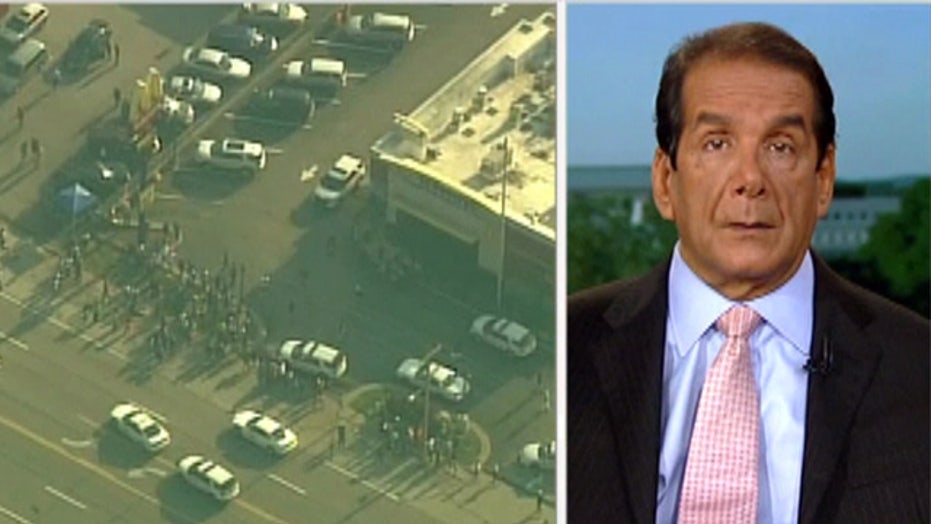 Charles Krauthammer on Monday criticized President Obama's response to the violence that has occurred at the protests in Ferguson, saying on "Special Report with Bret Baier" that "we're a democratic society, you don't do that."

The St. Louis suburb has been in a state of turmoil after the fatal police shooting of unarmed black teenager Michael Brown, with protests at times turning violent and stores being looted. President Obama's statement on Monday addressed both sides of the conflict in Ferguson- the looters and police force.

Krauthammer, a syndicated columnist and a Fox News contributor, said Obama should have gone further in condemning the violence.

"He said, you know, if you riot and use guns and attack the police it serves only to raise attention and stir chaos," he said. "Well that's an instrumental way of criticizing it, you're not going to achieve your goals. What he should be saying is that it's wrong. We're a democratic society you don't do that."

Krauthammer said he would like to see Obama ringingly condemn the violence, saying it is clear those perpetuating violence in the city are in the wrong.

"We really have the law on the one hand. We rioters on the other. It isn't a hard choice between them," he said.