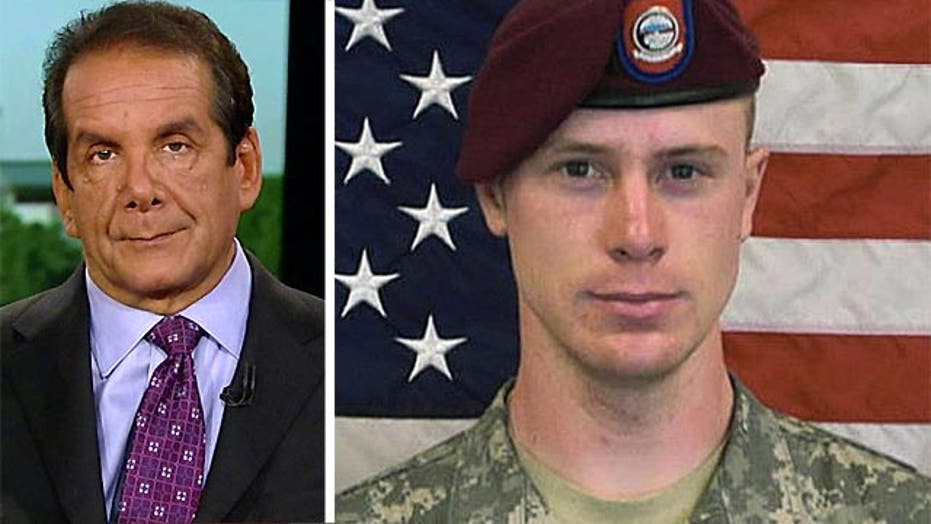 Krauthammer: Bergdahl Disappearance Must Be Investigated

Fox News Contributor Charles Krauthammer said there is overwhelming evidence Sgt. Bowe Bergdahl is a deserter and called on the military to investigate Berghdal’s mysterious disappearance from an American base in Afghanistan in 2009.

Charles Krauthammer said Tuesday on "Special Report with Bret Baier" that there is overwhelming evidence Sgt. Bowe Bergdahl is a deserter, and called on the military to investigate Bergdahl’s mysterious disappearance from an American base in Afghanistan in 2009.

“I think it’s very important that the Army pursue this,” Krauthammer, a syndicated columnist and Fox News contributor, said. “If you’re gonna do the swap that we did for this kinda guy, where there is a question rather he left on his own or not or what the motives were, you absolutely have to bring military justice to bear.”

Krauthammer's comments come after Joint Chiefs Chairman General Martin Dempsey said Tuesday that the Army will not "look away from misconduct" if it occurred, but cautioned Bergdahl is innocent until proven guilty.

“When he [Bergdahl] is able to provide them, we’ll learn the facts," Dempsey said in a statement.

Controversy has surrounded Bergdahl since his release Saturday, as some soldiers he served with have accused him of desertion and said their comrades were killed looking for him in Afghanistan.