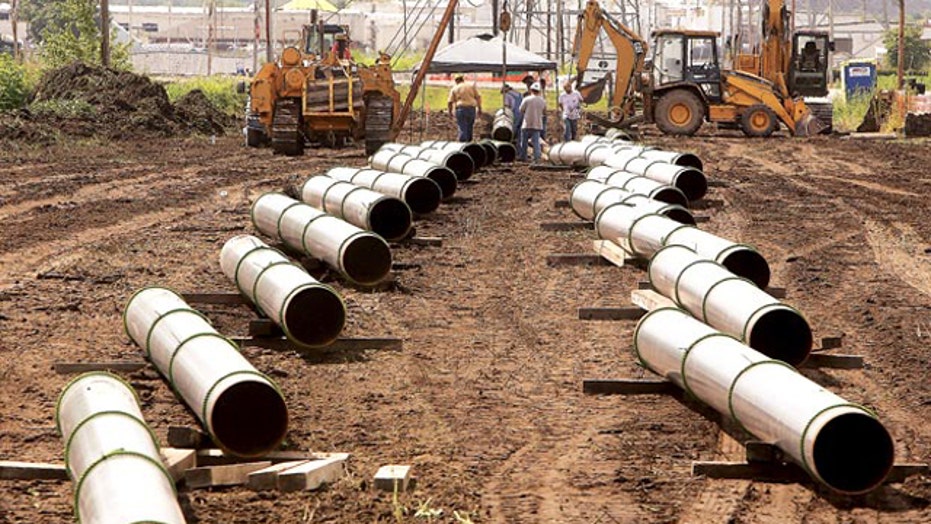 Senate Republicans failed to rally enough votes Monday to advance a bill approving the Keystone XL Pipeline, putting a crimp in their plans to quickly move toward a final vote.

The preliminary vote, on shutting down amendment submissions, was 53-39. The bill needed 60 to advance.

Senate Democrats successfully filibustered to keep open the amendment process, despite getting more amendments voted on under new Senate Majority Leader Mitch McConnell, R-Ky., so far this year than members did all of last year under former chamber leader Harry Reid, D-Nev.

The 1,179-mile pipeline, first proposed in 2008, would carry an estimated 800,000 barrels of tar sands oil from Canada into the United States, connecting with existing pipelines leading to Gulf Coast refineries.

Environmentalists say approval of the $8 billion project would be catastrophic for the global climate and erode efforts by President Obama to rein in heat-trapping emissions.

For Republicans, who have made it their first order of business in the new Congress they control, the pipeline is critical to supplying the country with jobs and with oil from a friendly neighbor, rather than the Middle East.

After the vote, Reid accused Republicans of trying to “shut down the debate.”

“I have never seen debate shut down as aggressively as when Senator McConnell refused to allow Democratic senators to debate their own amendments for a single minute,” he said in a statement. “I’m disappointed that so far, the Republican Senate has spent all of its time on a special-interest giveaway to help a Canadian oil company ship foreign oil overseas.”

Murkowski argued on the floor that closing the bill to amendments is not closing it to debate.

McConnell will now either begin processing additional amendments or tee up another test vote, known as a cloture vote.