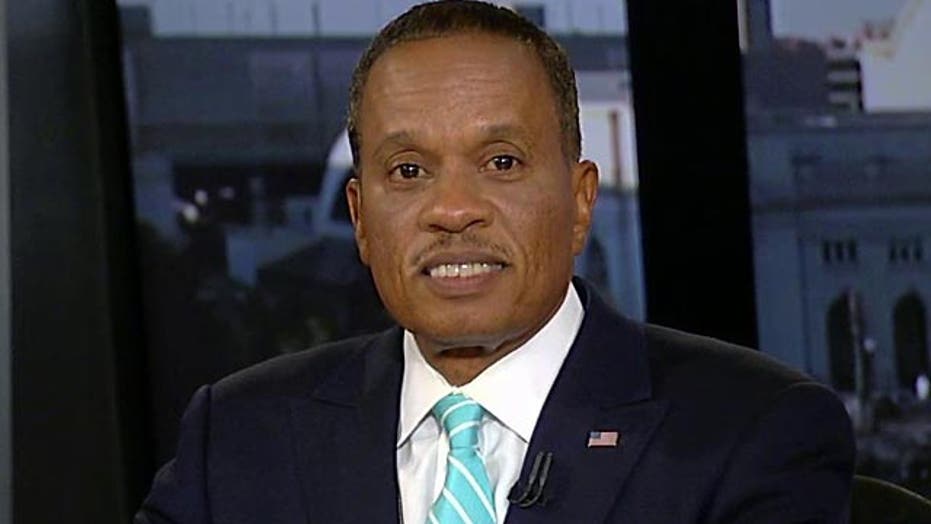 Juan Williams said Tuesday on "Special Report with Bret Baier" that President Obama's plan to launch a major, military-led response to the Ebola crisis in West Africa is in the U.S.' "self-interest" because it could possibly prevent the region from becoming a breeding ground for terrorism.

Obama announced Tuesday that he is stepping up efforts against the virus, which has killed at least 2,400 people in five West African countries, at the Centers for Disease Control and Prevention in Atlanta. He also said the U.S. will lead the international response by providing medical and logistical support to help the region’s “overwhelmed” health-care systems.

Reports had said Obama would announce that he was sending 3,000 military personnel, but he did not say how many people would be deployed.

Williams, a Fox News contributor and a columnist for The Hill, said the effort represents "America at its best."

"I don't often quote Charles Krauthammer," he said, "but, you know, this is America at its best in terms of the NGO and I think, in terms of our self-interest."

Williams said the U.S. effort is in its self interest not because the disease will easily spread to the U.S., but because it may ensure that the region does not become a safe haven for terrorists.

"Not simply in terms of the idea that the disease could come over here easily, we've been told that's not the case, but in terms of understanding, again, the economic significance of West Africa's economy falling apart, potential for it becoming a host then, not only for chaos and anarchy, but terrorists and also, then consequences for the international economy," he said.