Kerry's office has scooped up individuals who have had past leadership positions at groups like the United Nations Foundation, World Resources Institute, International Monetary Fund, Natural Resources Defense Council and several other major global or green organizations, according to a Fox News Digital review. The organizations have largely characterized global warming as the "climate crisis" and have pushed for a rapid global transition away from fossil fuel reliance.

"It's not surprising — it's essentially the same old gang," Myron Ebell, the director of the Competitive Enterprise Institute’s Center for Energy and Environment, told Fox News Digital in an interview. "These are the people who have been working on and failing on these issues for decades."

"This gang is the climate aristocracy, you might call them," said Ebell, who led the Trump administration's 2016 transition team on energy and environment issues.

Experts have argued that rushing away from fossil fuels will lead to higher prices and greater likelihood of blackouts during periods of high electricity demand. The federal watchdog North American Electric Reliability Corporation noted in a recent report that the majority of the U.S. faced a heightened risk of blackouts in part because of policies forcing a green transition too quickly.

Kerry's office, which is housed at the State Department and has an estimated $13.9 million annual budget with approval for 45 personnel, has been tight-lipped about which officials it has hired to fill key vacancies, but a Fox News Digital review of the public database Leadership Connect and LinkedIn profiles revealed the identities of some top staffers and their previous work experience.

The SPEC office declined to comment when asked about its hiring process.

At least three current or former officials hired by the SPEC — Leonardo Martinez-Diaz, the senior director for climate finance; Giulia Christianson, a senior adviser; and Christina Chan, the former senior adaptation adviser — have previously worked at the World Resources Institute (WRI), a global climate research group that lists achieving a zero-carbon transition as one of its top priorities.

"The planet is already experiencing unprecedented fires, droughts, floods and other extreme weather," the WRI website states. "These threats will only intensify as the world continues to warm. The effects of climate change will take the harshest toll on poor and otherwise marginalized communities."

The WRI also states that "most countries, businesses, states and cities" are failing to make the proper "societal shifts" required to combat climate change. 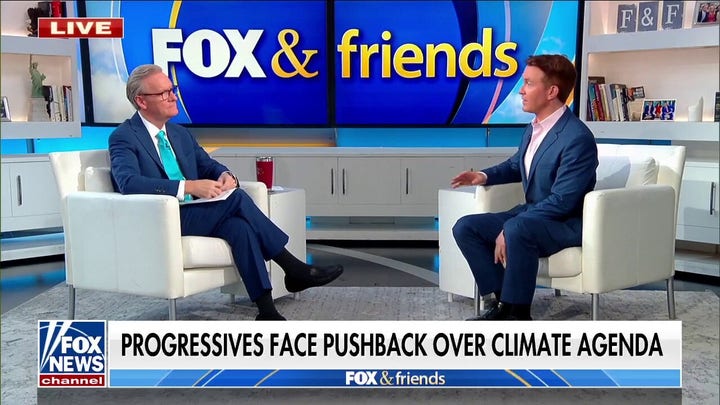 Martinez-Diaz served as the WRI Sustainable Finance Center's global director leading "engagement with governments, development finance organizations, and private financial institutions to rapidly accelerate the shift to sustainable finance" from 2017 until 2021 when he was hired by Kerry. Christianson was the WRI's director of sustainable private sector finance between 2011-2021 and Chan led the group's climate resilience practice from 2017-2021.

In addition, Christianson worked as a projects officer and researcher at the International Monetary Fund (IMF) between 2004-2009. She left the group for about 14 months during that time before returning in 2008.

"Climate change presents a major threat to long-term growth and prosperity, and it has a direct impact on the economic wellbeing of all countries," the IMF website says. "The Fund publishes research on economic implications of climate change and provides policy advice to our membership to help them capture the opportunities of low-carbon, resilient growth."

Kerry's top deputies at the office have also worked in high-level roles at similar organizations.

Sue Biniaz was hired to be the SPEC's deputy climate envoy in 2021 after four years as a senior fellow for climate change at the United Nations Foundation. The group says it works with the United Nations and partners "to galvanize the collective action required to meet the climate challenge."

Duke replaced Jonathan Pershing who returned to his previous role leading the climate program at the Hewlett Foundation, a billion-dollar non-profit that regularly awards grants to far-left and environmental organizations.

Few details have been shared about Kerry's staff at the SPEC office, which is housed at the State Department.

They have worked at the Council on Foreign Relations, Center for American Progress, Center for Climate and Energy Solutions, Oxfam America, Climate Advisers, Ocean Conservancy and Clean Energy Leadership Institute.