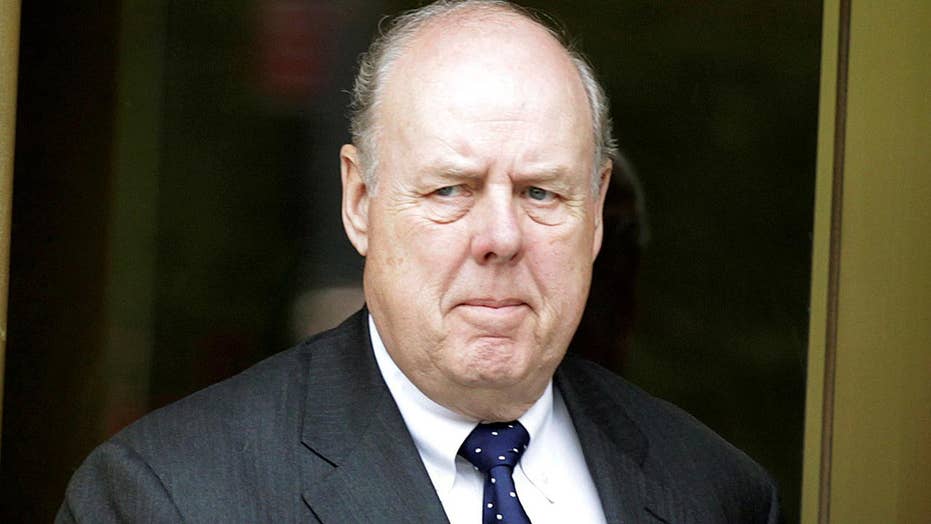 John Dowd resigned Thursday as President Trump's lead outside counsel in the Russia probe amid an internal dispute with other attorneys on the legal team over whether the president should agree to an interview with Special Counsel Robert Mueller.

“The president has a terrific case and has proved it to the Special Counsel Robert Mueller and his team in spades,” Dowd said.

Dowd, who has championed providing witnesses and records on a voluntary basis to Mueller’s investigation, has voiced strong opposition to Trump doing an interview, sources said.

“I am so proud of the president’s transparency, and how anyone could accuse him of obstruction after the president’s extraordinary cooperation is beyond me," Dowd said. "I love him and wish him well.”

Asked during a White House event Thursday if he still wants to testify before Mueller, Trump told reporters, “Yes. I would like to.”

Amid Mueller’s probe, Trump assembled his own outside team of lawyers, including Dowd, Ty Cobb and Jay Sekulow. Earlier this week, Trump added former U.S. attorney Joseph diGenova to his legal team and, according to sources, is expected to make more additions.

Mueller has been investigating Russia's interference in the 2016 election, as well as other issues involving President Trump and his advisers.

Trump has repeatedly said there was "no collusion" with Russia and has called the probe a "witch hunt."

“I pray that Acting Attorney General Rosenstein will follow the brilliant and courageous example of the FBI Office of Professional Responsibility and Attorney General Jeff Sessions and bring an end to alleged Russia Collusion investigation manufactured by McCabe’s boss James Comey based upon a fraudulent and corrupt Dossier,” Dowd said at the time.

On Thursday, Dowd said, “The statement I made last week about the special counsel ending is no different than what I have told Mueller and his investigators on multiple occasions.”

But Trump's legal team pushed back against the notion the president would move to fire Mueller.

"In response to media speculation and related questions being posed to the administration, the White House yet again confirms that the president is not considering or discussing the firing of the Special Counsel, Robert Mueller," Trump attorney Ty Cobb said Sunday.

Trump has been keeping up his attacks on Mueller and his Russia probe. On Wednesday, he promoted comments from former Harvard Law professor Alan Dershowitz that Mueller never should have been appointed in the first place.

In several tweets, Trump quoted Dershowitz, who said during a television appearance, “there never should have been a special counsel appointed because there was no probable cause for believing there was any crime, collusion or otherwise or obstruction of justice.”

This is at least the second major reshuffling of Trump's legal team in the last year. Dowd had taken over the lead lawyer role last summer from New York attorney Marc Kasowitz, who has long been by Trump's side.