Joe Arpaio announced Sunday that he will seek a seventh term as the sheriff of Maricopa County, Arizona, promising to reopen his infamous tent city jail and bring back controversial jail policies that drew the ire of civil rights advocates and made him a darling of tough-on-crime conservatives.

Arpaio, who called himself "America's toughest sheriff" during his 24-year run, said he'll challenge incumbent Paul Penzone in the 2020 sheriff's race. Penzone, a Democrat, unseated Arpaio in 2016 for the job.

“On this day, August 25, 2019, after consultation and approval from my wife of 61 years, Ava, I have decided to run to be re-elected Sheriff,” Arpaio said in a news release. “Watch out world! We are back!” 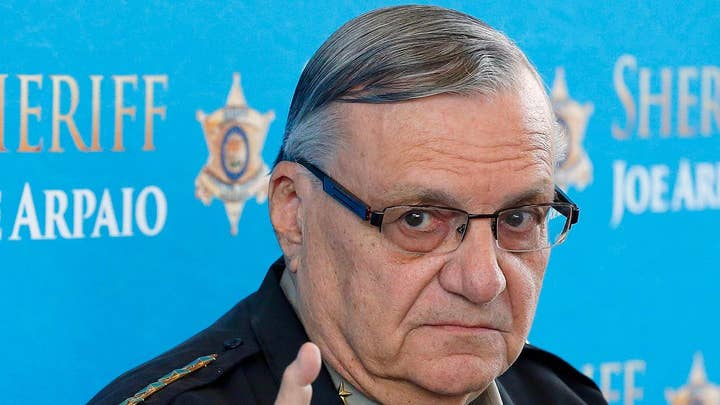 Arpaio served as Maricopa County's sheriff from 1993 to 2016, developing a reputation for providing punitive punishment to jail inmates and cracking down on illegal immigrants.

He opened up an outdoor jail, known as "Tent City" in the desert where temperatures often reached triple digits, and made inmates wear pink garments and jumpsuits, earning him national headlines.

In addition to promising to reopen the tent jail, he said he would "reinstitute the Posse to its former strength" and "continue to enforce all Arizona laws that deal with drug trafficking, sex trafficking and other crimes associated with the border and illegal immigration."

"I will continue to stand and fight to do the right thing for Arizona and America, and will never surrender," Arpaio declared. "Those who break the law will have to deal with this Sheriff."

While his jail policies were known widely, it was Arpaio's alleged targeting of illegal immigrants that courted some of the fiercest opposition. 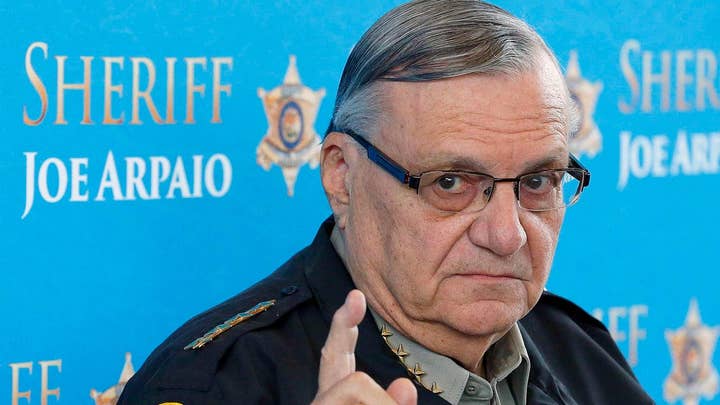 In 2011, the Justice Department found Arpaio committed multiple civil rights violations against Latinos, including racial profiling, discrimination and carrying out his patrols based on racially charged citizen complaints.

In 2016, he lost his bid for a seventh term. He was found guilty of criminal contempt the next year for allegedly defying a judge's 2011 order to stop the patrols targeting immigrants.

Arpaio admitted to prolonging his patrols but said that one of his former attorneys didn't properly explain the court order, and that he didn't intend to break the law. President Trump pardoned him in August 2017.

He lost a U.S. Senate bid in 2018 when Martha McSally, then a congresswoman, defeated him in the Republican primary. 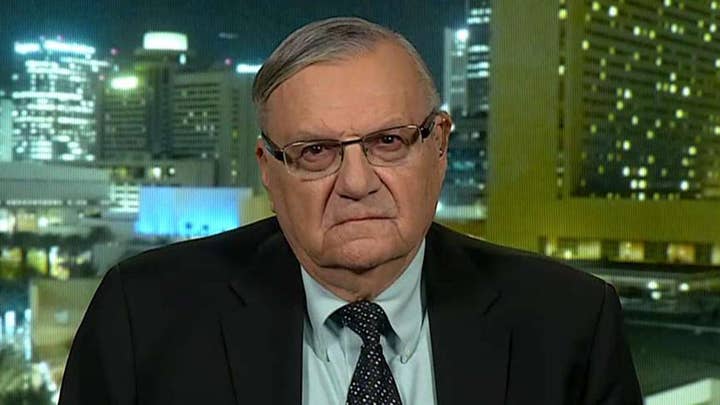 In his announcement, Arpaio framed Penzone's first term in office as "proven to be a time of lost opportunities to continue the kind of tough policing this county needs" while promising to "use my position to restore pride to our law
enforcement ranks, not only here, in the fourth-largest county in America, but across the country.”

He added that he wants to "Make Maricopa County Safe Again."