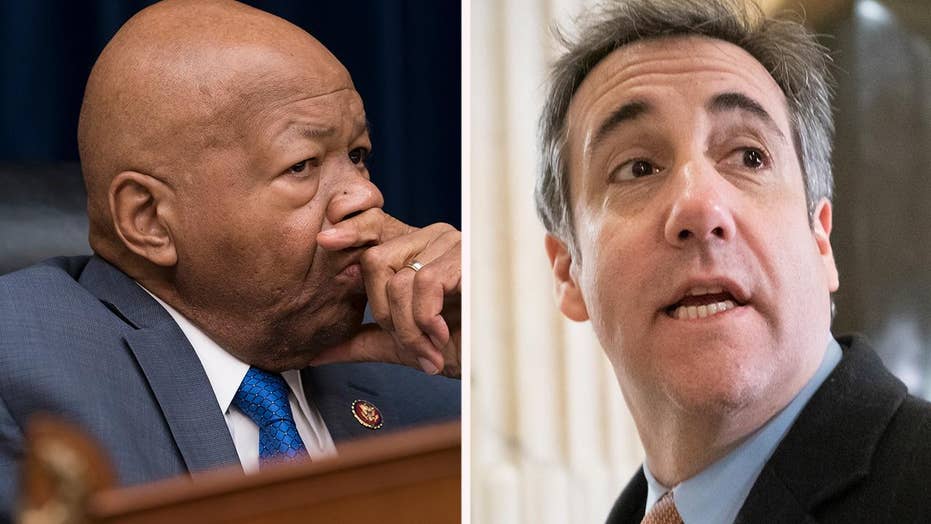 “There’s always, Bill, a little bit of interaction with the witness prior to a hearing.  But 10 hours, several trips to his location in New York, that is very unusual. Particularly when we asked for a deposition and weren’t given that opportunity,” Jordan told co-host Bill Hemmer on “America’s Newsroom.”

“They did 10 hours of preparations with the witness and he came into Congress and still lied to us.”

Sources allege that that Schiff’s staff covered various topics with Cohen before his testimony on Capitol Hill, many which were brought up during the House Oversight Committee public hearing.

Cohen hesitantly acknowledged, under questioning from Ohio Rep. Jim Jordan during last month’s House Oversight Committee public hearing, that he had spoken with Schiff: "about topics that were going to be raised at the upcoming hearing."

“The extent of my contact was just inviting him to testify and also trying to allay his concerns about the President's threats against him and his family, but our staff certainly sat down to interview him and that's what you do in any credible investigation,” Schiff said on CBS’ “Face The Nation.”

Jordan was not amused by Schiff’s explanation.

“Yeah, Sandra and that takes 10 hours?” Jordan told co-host Sandra Smith while responding to the video clip. “I think the average person is saying ‘wait a minute, there’s something else going on here.’”

“Understand what took place here. Lanny Davis coordinated and choreographed this whole thing,” Jordan said. “He told our staff, ‘I planned this hearing, I picked this committee, I had to persuade Michael Cohen to do it.’ Maybe most importantly he said ‘I had to persuade chairman Cummings to do it.’”

Jordan also speculated that the Mueller investigation’s expected conclusion is motivating Democrats to pursue other ways to hurt the president.

“Now they got to do something else because they put all their eggs in the Michael Cohen basket and he came in here and lied again,” Jordan said.