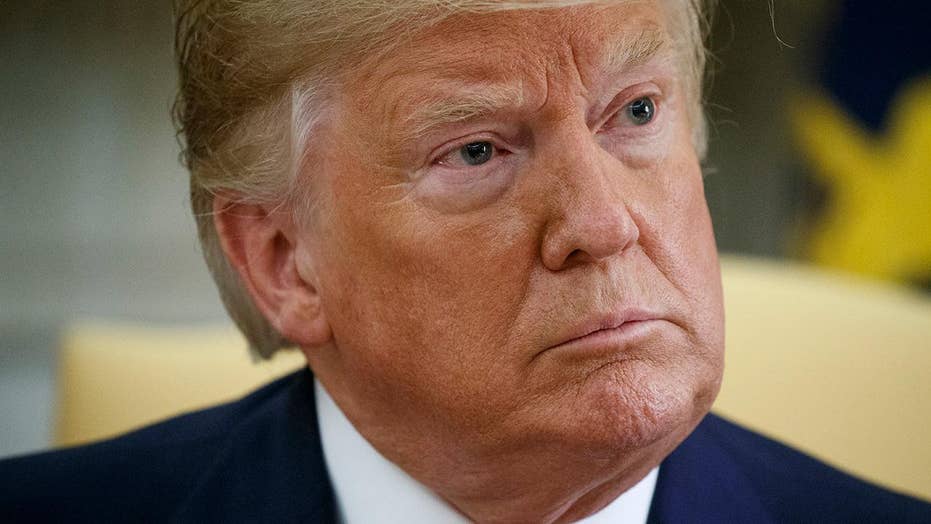 President Trump defends foreign calls and meetings; reaction and analysis on 'The Five.'

Were President Trump's Oval Office remarks Wednesday outrageous or much ado about nothing?

Trump raised eyebrows answering a hypothetical question while talking with ABC News’ George Stephanopoulos, saying that he would listen to a foreign government if they approached him with intel on a political rival and that he may or may not contact the FBI.

"The Five" co-hosts Juan Williams and Jesse Watters went at it Thursday giving their take on the remarks.

"George goes into the Oval and tries to create a scandal over a hypothetical," Watters said, putting the blame on ABC's Stephanopoulos.

You're going to have to keep shoveling to try to get out of this one.

Williams was taken aback by Watters comments and told him he needed a "bigger shovel."

"You're going to have to keep shoveling to try to get out of this one," Williams told the "Watters' World" host. "This is so ridiculous. There's a United States law. This is not a matter of opposition research. There's a law that says you cannot accept money or in-kind contributions from foreign governments."

Williams also defended Stephanopoulos saying "this was no gotcha moment" before blasting those who defend the president's "inexcusable" comments.

"Remember, when they give you this information, they have hooks and you and you are not representing the best interests of our country," Williams said.