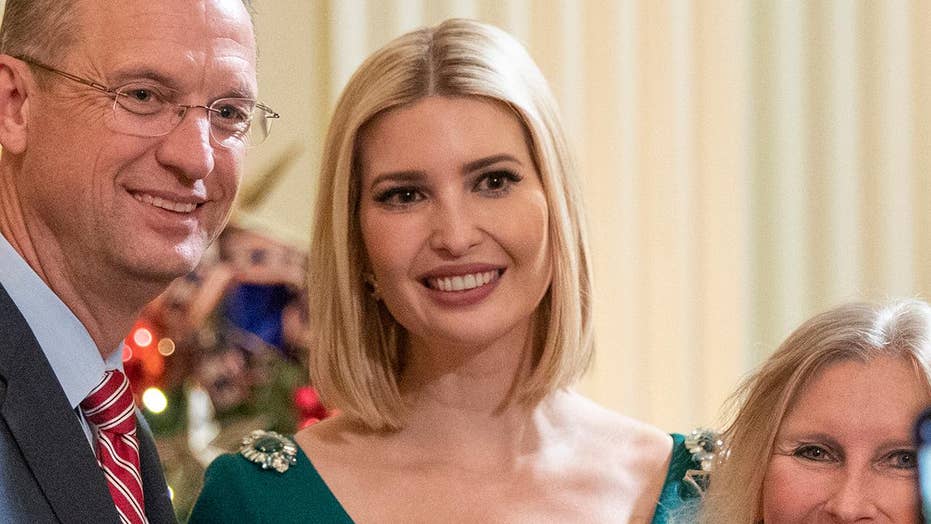 President Trump closes one of the most historic weeks of his presidency; Kristin Fisher reports from the White House.

White House adviser Ivanka Trump, also the president's oldest daughter, wouldn't commit to serving in the White House if her father is reelected in 2020, indicating that her presence in the administration was dependent on the needs of her family.

Her comments came during an interview with "Face The Nation," where CBS anchor Margaret Brennan asked Trump about staying in the administration.

"I am driven first and foremost by my kids and their happiness -- so that's always going to be my top priority, and my decisions will always be flexible enough to ensure that their needs are being considered first and foremost. So, they will really drive that answer for me," she said in an interview set to air on Sunday.

Both Trump and her husband, Jared Kushner, aided her father's campaign and have served in the president's administration since he took office in 2017. The couple has three children -- Arabella, Theodore and Joseph -- but each has managed to take on major policy priorities within the Trump administration.

During a Fox News interview in September, Trump discussed how she worked to advance her father's agenda on manufacturing and job training.

"The convening function within government is critical," she told Fox News host Steve Hilton at the time. "And it’s something that I bring -- and probably because I came from the private sector, I realize the efficiency, the nimbleness, the solutions that the private sector brings to every challenge that is out there, whether it’s innovation or job creation."

Critics have questioned her role in the administration and conservatives, in particular, suspected that both she and her husband secretly opposed aspects of the president's agenda.

Trump also told Brennan that she was humbled to serve her country in the White House.

"The day I walk into the West Wing and I don't feel a shiver up my spine is the day I've been here too long," she said. "And I still, every day, I feel a tremendous humbling and sense of privilege that I'm able to do the work that I came to Washington to do, that the president [has] empowered me."

"And I feel just incredibly grateful to be able to give back to a country that's given me so much -- and I'm doing my very best," she added.