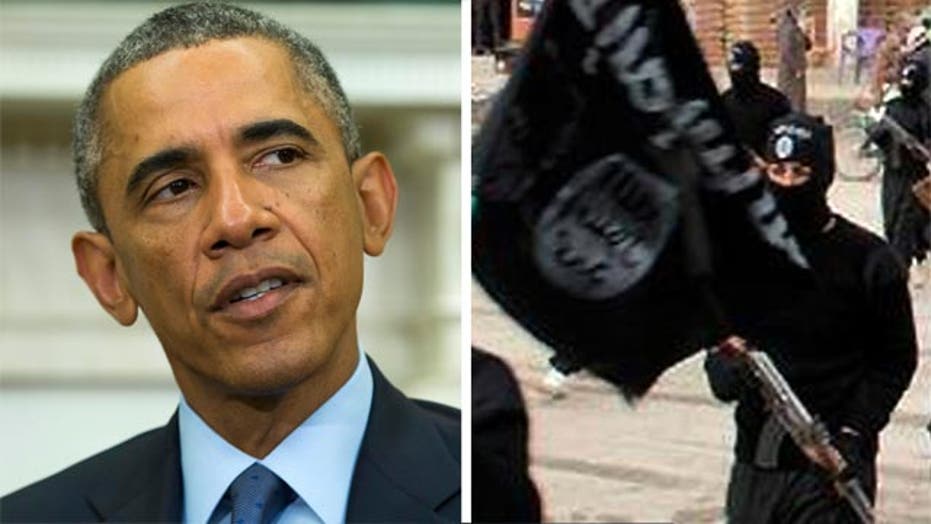 US campaign against ISIS: 'strategic patience' or stalemate?

Islamic State militants are amassing a fortune through their web of criminal activity, including earning roughly $1 million a day from oil smuggling alone, according to a Treasury Department official who on Thursday provided unprecedented details about the illicit financial network.

David Cohen, who leads the department's effort to undermine the Islamic State's finances, described the organization as one of the best-financed terror groups in the world.

"It has amassed wealth at an unprecedented pace,” Cohen said.

Cohen said the Islamic State, which the U.S. and its allies have been pounding with airstrikes in Iraq and Syria, is earning millions from a combination of oil sales, ransoms and extortion schemes.

Cohen said kidnappings and ransom payments have brought in at least $20 million this year. He said the extortion and other criminal activity is bringing in several million per month.

Cohen, undersecretary for terrorism and financial intelligence, spoke at the Carnegie Endowment for International Peace in Washington, and later at the White House.

Cohen stressed the black market oil sales, which he said bring in about $1 million a day. He said the U.S. is trying to track down the middle men and other players to interrupt those sales. Cohen said these smuggling networks have been around for a long time and did not “pop up overnight,” but now it is clear that the oil is coming from the Islamic State.

The Treasury Department said the group is selling oil at substantially discounted prices to a variety of middlemen, including some from Turkey, who then transport it to be resold. "It also appears that some of the oil emanating from territory where ISIL operates has been sold to Kurds in Iraq, and then resold into Turkey," he said.

Cohen said the Syrian government, too, has allegedly arranged to buy oil from the Islamic State – though the terror group ostensibly is fighting Syrian President Bashar Assad.

Unlike the core Al Qaeda terrorist network, ISIS gets only a small share of funding from deep-pocketed donors and therefore does not depend primarily on moving money across international borders. Instead, the Islamic State group obtains the vast majority of its revenues through local criminal and terrorist activities, Cohen said, acknowledging that Treasury's tools are not particularly well-suited to combating extortion and local crime.

"They rob banks. They lay waste to thousands of years of civilization in Iraq and Syria by looting and selling antiquities," he said. "They steal livestock and crops from farmers. And despicably, they sell abducted girls and women as sex slaves."

In the Iraqi city of Mosul, Islamic State terrorists reportedly are going door-to-door, business-to-business, demanding cash at gunpoint, he said.

"A grocery store owner who refused to pay was warned with a bomb outside his shop. Others, who have not paid, have seen their relatives kidnapped.  ...  We've also seen reports that when customers make cash withdrawals from local banks where ISIL operates, ISIL has demanded as much as 10 percent of the value," Cohen said, using an acronym for the group.

Most of the group's money, however, comes from extracting oil and selling it to smugglers, who, in turn, transport the oil outside territory under Islamic State control.

Cohen noted that U.S.-led airstrikes on the group's oil refineries are threatening the militants' supply networks and that Turkey and the Kurdistan Regional Government -- the official ruling body of the predominantly Kurdish region of northern Iraq --are working to prevent the oil from crossing their borders.

Cohen acknowledged, however, that the group moves oil in illicit networks outside the formal economy, making it harder to track.

"But at some point, that oil is acquired by someone who operates in the legitimate economy and who makes use of the financial system. He has a bank account. His business may be financed, his trucks may be insured, his facilities may be licensed," he said.

"We not only can cut them off from the U.S. financial system and freeze their assets, but we can also make it very difficult for them to find a bank anywhere that will touch their money or process their transactions."