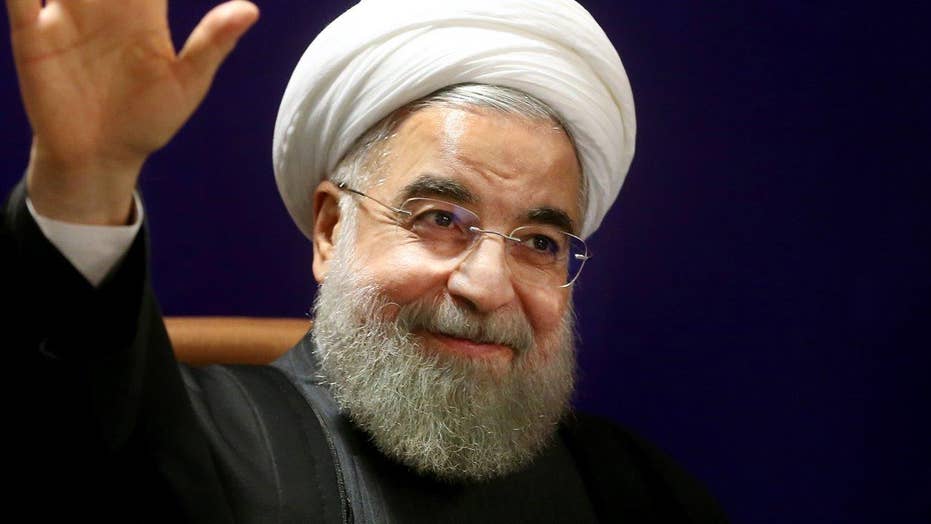 Admin. placating Iran instead of holding it accountable?

Republicans blast Secretary of State John Kerry for suggesting Iran could skirt new visa rules - even as the country arguably violates the terms of its nuke deal. Chairman of House Foreign Affairs Committee Ed Royce goes 'On the Record'

“Today is a good day for the Iranian people, and the sanctions will be annulled today,” Mr. Zarif told reporters after arriving in Vienna to conclude the implementation, according to the agency.

The deal is expected to take effect following the release of a report by the International Atomic Energy Agency verifying that Iran completed a number of preliminary commitments, including shutting down thousands of uranium-enrichment centrifuges and removing the reactor core at its Arak heavy-water facility near Tehran.

Mr. Zarif said the meetings would “make sure the [nuclear deal] is carried out appropriately.”

Under the July deal, Iran agreed to curtail its nuclear activities in exchange for sanctions relief.