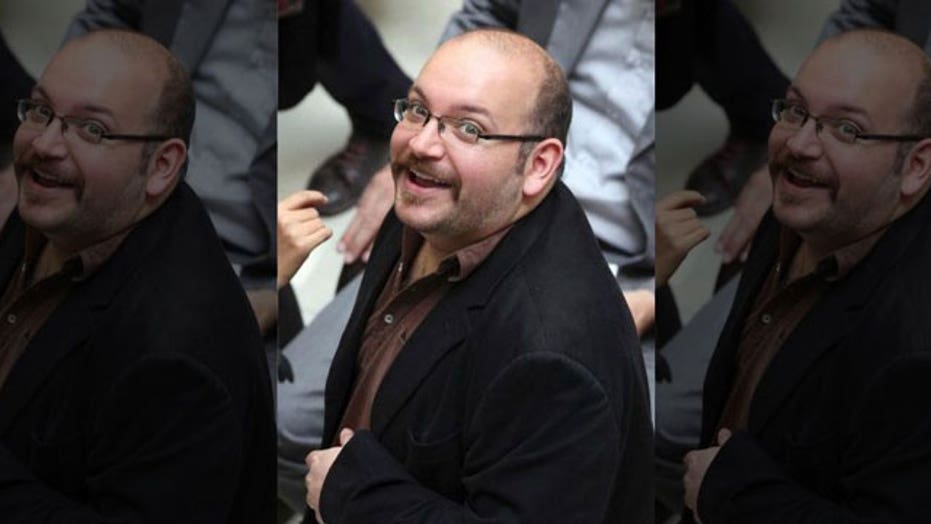 Brother of reporter on trial in Iran: He didn't do anything

The closed trial for a Washington Post reporter held in Iran on widely challenged espionage charges began Tuesday, drawing condemnation from American journalists and raising new questions about the regime's reliability as a partner in ongoing nuclear talks with the Obama administration.

The official IRNA news agency reported that an Iranian security court held the first hearing in the case of Jason Rezaian, on allegations of "espionage for the hostile government of the United States" and propaganda against the Islamic republic, charges that could send him to jail for up to six years.

The reporter already has been detained for more than 10 months. In recent days, his newspaper has stepped up its criticism of Rezaian's treatment at the hands of the secretive court proceedings.

Washington Post Executive Editor Martin Baron said in a written statement that Rezaian could not select his own lawyer and was given only an hour-and-a-half to meet with the attorney chosen by the court. Further, he said efforts by the Post to secure a visa for a senior editor to travel to Iran "have gone unanswered by the authorities in Tehran."

"No evidence has ever been produced by prosecutors or the court to support these absurd charges," Baron said. "... There is no justice in this system, not an ounce of it, and yet the fate of a good, innocent man hangs in the balance. Iran is making a statement about its values in its disgraceful treatment of our colleague, and it can only horrify the world community."

Washington Post Foreign Editor Douglas Jehl told Fox News it is "impossible to know what is going on in that courtroom."

In an editorial published over the weekend, the Post was scathing in criticizing not just the Iranian judicial process but in assessing the implications for ongoing talks among the U.S., Iran and five other world powers on the regime's nuclear program.

The editorial board wrote: "If a U.S. citizen recognized by senior Iranian officials as a reputable journalist can be abruptly imprisoned on spurious charges, what treatment will be accorded the international inspectors who have to determine whether Iran is respecting its commitments? If [Foreign Minister Javad] Zarif and President Hassan Rouhani either countenance or cannot stop such blatantly provocative behavior by the Iranian intelligence services and judiciary, how can they be expected to overcome the entrenched resistance to limiting Iran's uranium enrichment?"

The board said it appeared the trial was an attempt at "intimidation," and part of an effort to "bully" the U.S. into more favorable terms for Iran, which wants all sanctions against the country lifted immediately as part of any deal to curb its nuclear enrichment.

Last month, Sens. Marco Rubio, R-Fla., and Mark Kirk, R-Ill., urged the administration to tie the release of Rezaian and other imprisoned Americans to any nuclear agreement.

"We urge the Iranian government to immediately and unconditionally release Mr. Rezaian. This case is just the latest example of the true nature of the Iranian regime," they said.

Rezaian, his wife Yeganeh Salehi and two photojournalists were detained on July 22 in Tehran. All were later released except Rezaian, who was born and spent most of his life in the United States, and who holds both American and Iranian citizenship. Iran does not recognize other nationalities of its citizens.

U.S. officials have repeatedly pressed Iran to release Rezaian and other jailed Americans, including during talks on the sidelines of negotiations over Tehran's nuclear program. Iran and world powers hope to reach a comprehensive agreement on the program by the end of June.

Last week Rezaian's lawyer said Salehi, who is a reporter for The National newspaper in Abu Dhabi, and a freelance photographer who worked for foreign media, will also stand trial. The photographer's name has not been made public.

The judge assigned to hear Rezaian's case, Abolghassem Salavati, is known for his tough sentencing. He has presided over numerous politically sensitive cases, including those of protesters arrested in connection with demonstrations that followed the 2009 presidential elections.

IRNA said Rezaian's hearing ended after a few hours, and that Salavati would decide on the date of the next one, without providing further details. Rezaian's lawyer, Leila Ahsan, could not immediately be reached for comment.