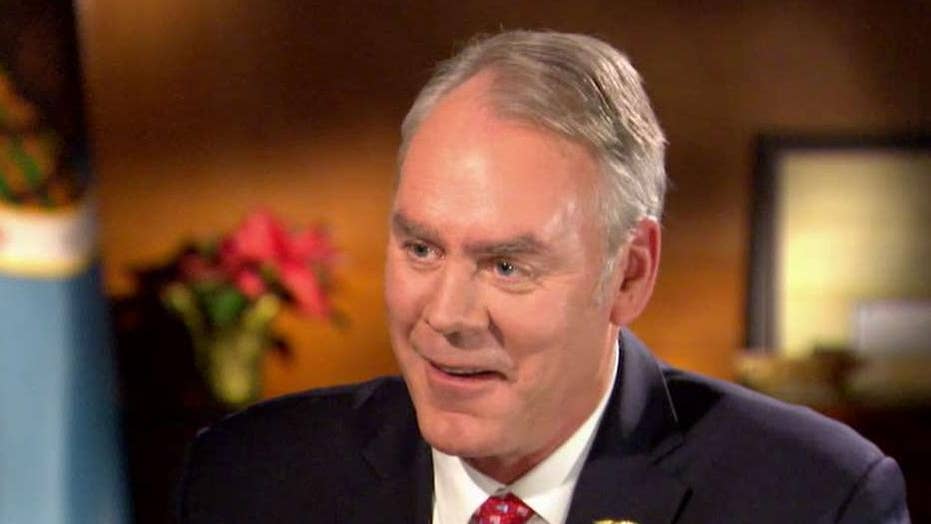 Interior Secretary Zinke on his plans to leave the Trump administration

Interior Secretary sits down for exit interview on 'Special Report.'

Amid court battles, the U. S. Department of the Interior is disbanding its advisory board created to help boost trophy hunting and relax federal rules for importing the heads and hides of African elephants, lions and rhinos.

In a filing to a federal court in New York, an official with the Department of Interior said the two-year charter for the International Wildlife Conservation Council had expired and that there were no plans to renew it. The board held its final meeting in October.

The council was created by then-Interior Secretary Ryan Zinke, a former Republican congressman from Montana forced to resign amid a corruption scandal.

Zinke resigned in December 2018 amid several investigations that he had misused his office for personal gain. He quickly joined Turnberry Solutions, a D.C. lobbying firm whose clients include oil and gas companies and Native American tribes.

Phone messages from The Associated Press seeking comment from Zinke about the wildlife council’s dissolution did not receive a response.

A coalition of environmental groups later sued, alleging that the board’s one-sided makeup stuffed with big-game hunters, as the AP reported, violated the law governing the creation of federal advisory boards. The government’s decision to terminate the board, first revealed in a court filing on Friday, was hailed as a victory by those seeking to blunt its influence.

“I have little doubt our litigation spurred the administration’s decision to abandon the IWCC and walk away from its biased and un-transparent practices,” said Zak Smith, international wildlife conservation director for the Natural Resources Defense Council. “We’re glad the Trump administration is closing shop on this ridiculously misguided council and we await a full accounting of its tainted work product.”

An avid hunter who adorned his Washington office with animals preserved through taxidermy, including a snarling grizzly bear, Zinke created the council to represent a “strong partnership” between federal wildlife officials and those who hunt or profit from hunting. In its 2017 charter, the council included among its duties “recommending removal of barriers to the importation into the United States of legally hunted wildlife” and “ongoing review of import suspension/bans and providing recommendations that seek to resume the legal trade of those items, where appropriate.”

The council met five times over the last two years, issuing a report in December that provided a description of the presentations the board had received. However, the council’s members ultimately did not vote on making any formal recommendations to the Interior Department.

Most were members of Safari Club International and the National Rifle Association, groups that had sued the Fish and Wildlife Service to expand the list of countries from which trophy kills can be legally imported.

“The end of Trump’s thrill-kill council is a huge victory for elephants, lions and other imperiled animals targeted by trophy hunters,” said Tanya Sanerib, international legal director for the Center for Biological Diversity, which was a party to the lawsuit. “It’s still critical to address this biased committee’s past legal violations and prevent self-serving advice from trophy hunters from poisoning federal wildlife policies.”