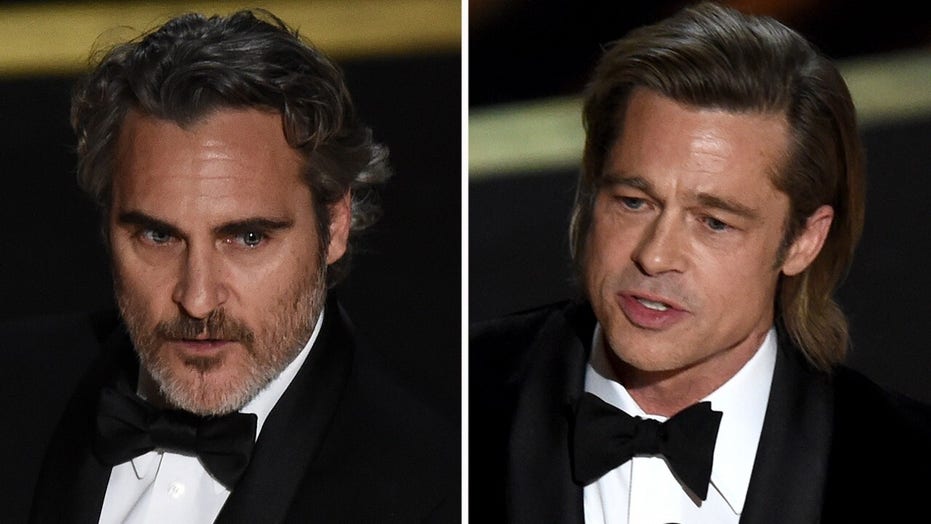 Hollywood gets political at the 2020 Oscars

Brad Pitt and Joaquin Phoenix use Oscar speeches as calls to action; Jonathan Hunt reports from Los Angeles on a night full of surprises with a heavy dose of politics mixed in.

ABC's politically charged Oscar telecast averaged 23.6 million viewers on Sunday night, the smallest audience ever, according to The Hollywood Reporter.

“If you need to find some sort of silver lining, the 92nd Academy Awards were still television’s most-watched entertainment special since the 91st Oscars. Of course, that was also totally expected,” TheWrap ratings guru Tony Maglio wrote.

Pitt was not the only actor to politicize his comments as Joaquin Phoenix used his lengthy, emotional best actor acceptance speech to discuss, among other things, the state of humanity, and the plight of cows.

"We feel entitled to artificially inseminate a cow," Phoenix said. "And when she gives birth, we steal her baby even though her cries of anguish are unmistakable and then we take her milk that’s intended for her calf and we put it in our coffee and our cereal."

Even socialist revolutionary Karl Marx was mentioned in a speech by Julia Reichert, the co-director of the Barack and Michelle Obama-produced best feature-length documentary winner "American Factory."