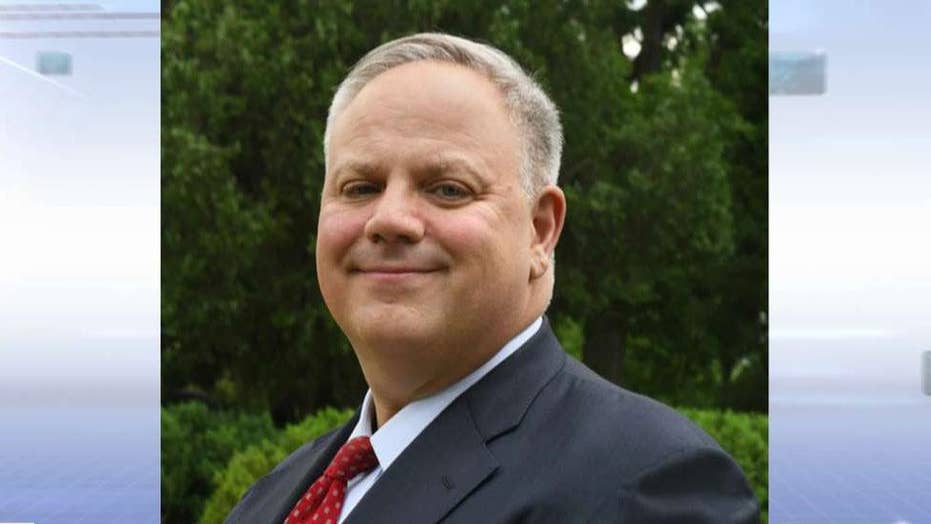 Trump nominates David Bernhardt to be secretary of the interior

If confirmed, acting Secretary of the Interior David Bernhardt will fill the post left by Ryan Zinke.

President Trump announced Monday that he will nominate acting Interior Secretary David Bernhardt for the position permanently, tweeting that Bernhardt had "done a fantastic job from the day he arrived."

Bernhardt has headed the Department of the Interior since former secretary Ryan Zinke departed the post at the end of last year amid a number of ethics controversies. The Colorado native first served in the department during the George W. Bush administration and had been deputy secretary under Zinke.

In response to his nomination, Bernhardt tweeted: "It’s a humbling privilege to be nominated to lead a Department whose mission I love, to accomplish the balanced, common sense vision of our President."

The nomination came one day after Trump shrugged off the number of acting secretaries in his Cabinet, telling CBS' "Face The Nation" that "it's easier to make moves when they're acting."

"I like [having] acting [department secretaries] because I can move so quickly," Trump told host Margaret Brennan. "It gives me more flexibility." The president currently has an acting defense secretary, acting attorney general, acting chief of staff, acting ambassador to the United Nations and acting Environmental Protection Agency administrator.

WHO'S IN TRUMP'S CABINET? A FULL LIST OF THE PRESIDENT'S TOP ADVISERS

If confirmed by the Senate, Bernhardt will be in charge of an agency with an $11 billion budget and 70,000 employees. The department is charged with overseeing drilling, grazing and other uses of public lands.

Before rejoining government service, Bernhardt worked as a lobbyist and lawyer for several oil and gas companies and other interests that sometimes have regulatory matters before the department. As deputy secretary, he recused himself from decisions involving a long list of former industry clients to avoid conflicts of interest under ethics rules.

As acting secretary, Bernhardt drew criticism in recent weeks from environmental groups, tribes and others for continuing to process paperwork for oil and gas projects while other agencies were closed for routine work during this winter's partial government shutdown.

Senate Minority Leader Chuck Schumer, D-N.Y., said in a statement that Bernhardt "might be the most ethically-challenged, special-interest-driven nominee the president could have selected for this position – and that’s saying something, considering he would be following former Secretary Ryan Zinke.

Schumer added that Trump's nomination of Bernhardt "is a serious threat to our nation’s public lands, wildlife and natural resources, and I fear [Bernhardt] would fail to fulfill Interior’s role in our country’s treaty and trust obligations to Native Nations."

"David Bernhardt spent much of his career lobbying for fossil fuel and agricultural interests, and the president putting him in charge of regulating his former clients is a perfect example of everything wrong with this administration," Grijalva said in a statement.

"David Bernhardt ... brings tremendous leadership with him from our home state of (hash)Colorado and I look forward to a swift confirmation process," Rep. Ken Buck tweeted.