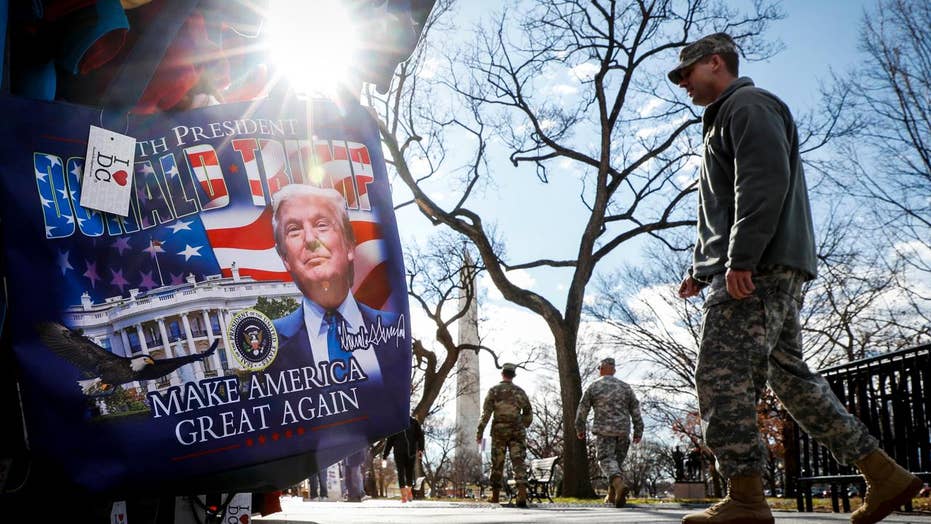 Final inauguration preparations are under way

Peter Doocy has the details

Not missing out on the chance of a lifetime, many of the organizations in Friday’s presidential inauguration parade turned to crowd funding this year to raise the cash to make it to Washington.

Over 8,000 participants are expected to take part in the inauguration parade before millions of people in Washington, D.C., and watching on television around the world. According to GoFundMe, over $1.1 million has been raised on the site by groups participating in inaugural festivities.

“We were fortunate that we had a lot of people in the local community that really stepped up and [helped] make this trip happen for us,” Cross said. “We did [raise] the money, it was close, we didn’t have a lot extra to play around on but we did make it.”

Cross added that for many of the students, this will be their first trip to Washington, D.C.

Another young group of participants hails from College Station, Texas. The Lil’ and Elite Ranglers, a Texas style dance team of children and young adults, ages 9 to 18, have been in Washington, D.C., since Monday.

Sharon Toups, the director and founder of the group, says once the they heard about the invitation to the inauguration, they were extremely excited. The group immediately began to find ways to raise the $100,000 needed for the trip by selling T-shirts and setting up a GoFundMe page.

“It’s been really tough but we’re so happy and proud to be a part of this,” Toups said. “We did it without any hesitation. We did it because we wanted to be here so bad and just be a part of such a beautiful historic event.”

Toups says they are hoping to raise the remaining $49,000 to repay loans from family members since they couldn’t raise all the money in time. She adds the experience is not about politics and more about showing youth how the peaceful transfer of power works.

A list of all the parade participants can be found here.