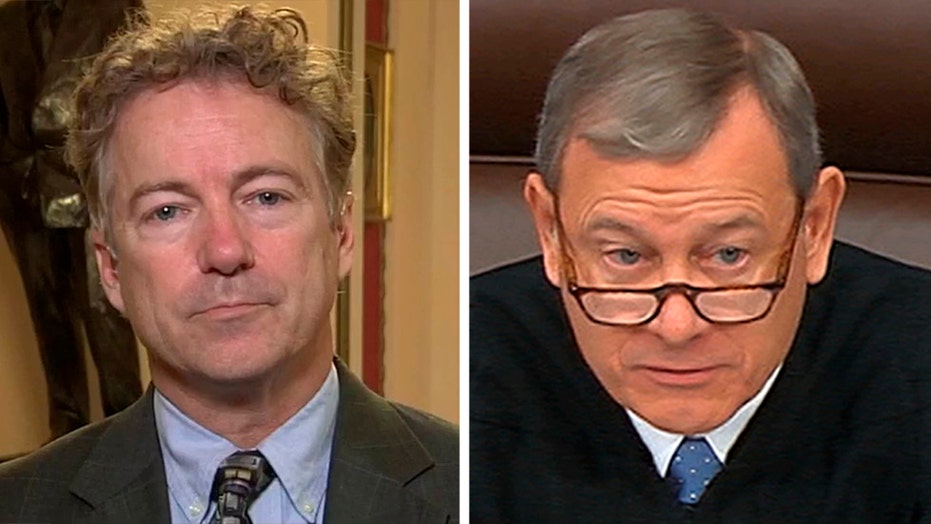 Sen. Rand Paul, R-Ky., appeared on the Senate floor on Tuesday to read aloud the question he tried -- but failed -- to ask during President Trump's impeachment trial last week when it was blocked by Chief Justice John Roberts.

The question made reference to two individuals, including one person who has been reported to be the whistleblower who filed a complaint about Trump's July 25 phone call with Ukrainian President Volodymyr Zelensky. Fox News has not confirmed the identity of the whistleblower.

"Now, during the proceedings, I asked a question that was disallowed, and I'm going to ask that question again this morning, because the Constitution does protect debate and does protect the asking of questions," the libertarian-leaning senator said. "I think they made a big mistake not allowing my question. My question did not talk about anybody who is a whistleblower. My question did not accuse anybody of being a whistleblower."

Paul claimed he "simply named two people's names," then proceeded to repeat his question, reading the names of two individuals.

Paul said that his reason for naming names was out of concern over a possible plot to take down the president. 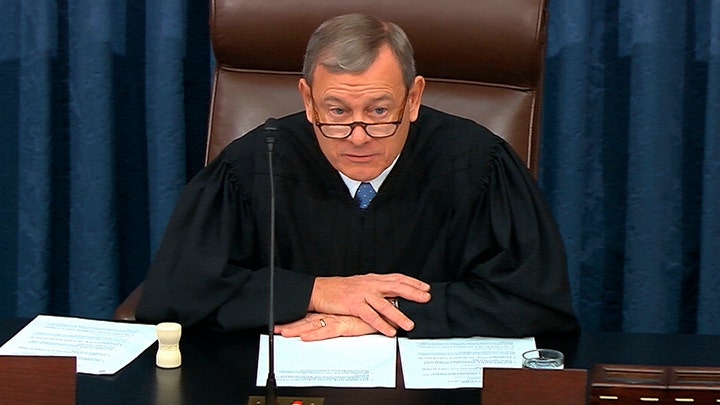 "My point is, is by having such protection, such overzealous protection, we don't get to the root of the matter of how this started," he said, "'cause this could happen again."

The comments came as senators on both sides of the aisles spent the day making arguments for and against removing Trump from office over his dealings with Ukraine.

Earlier in the day, Senate Majority Leader Mitch McConnell, R-Ky., kicked off the impeachment proceedings by accusing House Democrats of engaging in the sort of partisan politics predicted by Alexander Hamilton, who warned that a House majority could misuse impeachment as a weapon. McConnell asserted that Democrats have wanted to remove Trump from office no matter what, from the moment he defeated Hillary Clinton in 2016.

"That is the original sin of this presidency," McConnell said. 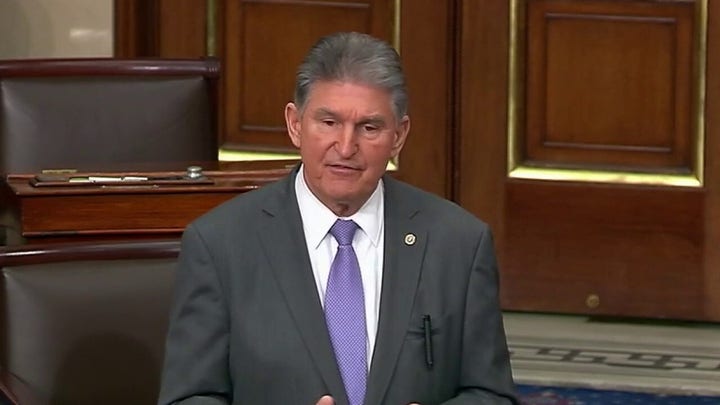 McConnell cited a report from April 2016, when Trump was still a candidate, which discussed how impeachment was already being talked about by pundits and members of Congress. He claimed that Democrats "openly rooted for the Mueller investigation to tear this country apart," only to be disappointed when Special Counsel Robert Mueller's Russia report did not result in impeachment.

The Republican leader touted the wisdom of the framers of the Constitution, who put the decision of whether to remove a president in the hands of the "not in the fractious lower chamber, but in the sober and stable Senate."

Senate Minority Leader Chuck Schumer, D-N.Y., responded with a brief statement of his own, in which he chastised Senate Republicans for not allowing additional witnesses or documents to come into play, despite saying that the House managers "made a compelling case" with the evidence they had.

"The Republicans refused to get the evidence because they were afraid of what it would show," Schumer claimed.

Sen. Joni Ernst, R-Iowa, was among the GOP senators who announced that she will vote in Trump's favor, stating that the allegations against the president did not warrant impeachment.

"It's clear to me that the Constitution goes out of its way to make it a high bar for removing the president," Ernst said Tuesday. "This is because the founders were rightfully concerned that impeachment might be used to upend the electoral will of the American people."

The Iowa Republican said that the arguments put forth by the House impeachment managers "did not demonstrate that the president's actions rise to an impeachable offense," and that the entire impeachment "was fraught from the start with political aims and partisan innuendos that simply cannot be overlooked."

Senate Democrats mostly sided with their House counterparts, with Sen. Chris Van Hollen, D-Md., excoriating Republicans for siding with the president and refusing to allow additional witnesses or evidence to be added to what the House provided.

"It is not only the president who has violated his duty under the Constitution, so too has this Senate," he said. "Not because of the ultimate conclusion expected tomorrow but because of the flawed way the Senate will reach that decision."

Van Hollen went on to say that "while the decision on the president will come tomorrow, the verdict on this Senate is already in: guilty," explaining that the Senate was "guilty of dereliction of its constitutional duty to conduct an impartial trial."

Possible swing votes from both parties indicated a reluctance to convict Trump during Monday remarks. While they disapproved of the president's delaying of military aid for Ukraine and the request to have Ukrainian President Volodymyr Zelensky announce investigations into Trump's political rivals, they were against removing him from office.

"The response to the president's behavior is not to disenfranchise nearly 63 million Americans and remove him from the ballot," said Alaska Republican Sen. Lisa Murkowski, despite calling Trump's conduct "shameful and wrong." Murkowski said House Democrats "could have pursued censure and not immediately jumped to the remedy of last resort." 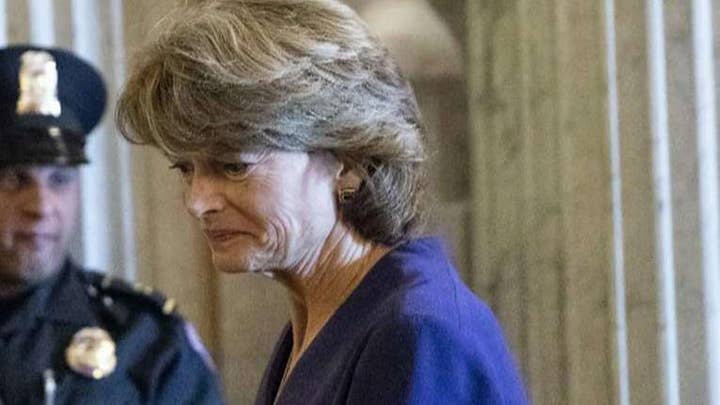 "Never before in the history of our republic has there been a purely partisan impeachment vote of a president," said Manchin, who represents a deeply pro-Trump state. "Removing this president at this time would not only further divide our deeply divided nation, but also further poison our already toxic political atmosphere."

Manchin said that while he did not expect the required two-thirds of the Senate to vote to convict Trump, a censure could have bipartisan support.

The senators' statements will be entered into the impeachment trial record. The lawmakers had to remain silent during the trial itself, submitting questions to Chief Justice John Roberts, who presided over the proceedings.

House impeachment managers and the president's defense team presented closing arguments earlier in the day Monday, with Democrats making a last-ditch push to convince the Senate that an acquittal would be a "death blow" to the ability to hold a president in check and Trump's team claiming that Democrats engaged in a rushed, "purely partisan" endeavor.

Senators will have the opportunity to debate until security sweeps take place in the evening. They will then return in time to proceed to the House chamber, where Trump will give the State of the Union message before a joint session of Congress.

The Senate is expected to vote on whether to convict the president Wednesday afternoon.

Fox News' Chad Pergram, Andrew O'Reilly and Gregg Re contributed to this report.