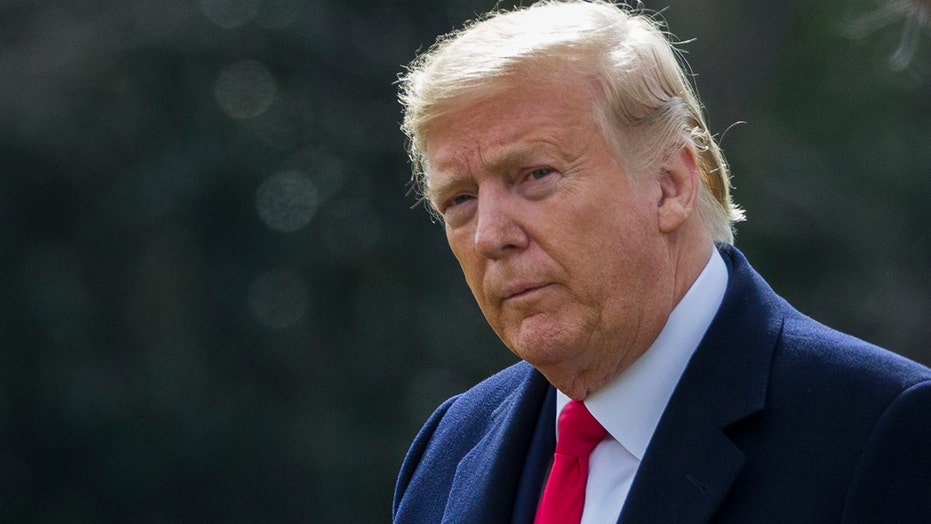 The impeachment trial of President Trump drew closer toward its almost-inevitable conclusion with closing arguments Monday, as Democratic House impeachment managers made a last-ditch push to convince the Senate that an acquittal would be a "death blow" to the ability to hold a president in check, while Trump’s defense team accused the Democrats of engaging in a rushed, "purely partisan" endeavor.

Each side has been permitted Monday to take up to two hours to make their final case, as proceedings stretch into another week amid expectations that a largely party-line acquittal awaits the president by Wednesday afternoon.

“I submit to you on behalf of the House of Representatives that your duty demands that you convict President Trump,” House manager Rep. Jason Crow, D-Colo., said during his remarks, the first among the Democrats who delivered arguments.

Crow addressed an argument put forth by Trump legal team member Alan Dershowitz, who claimed that Trump was working in the national interest, and not his personal interest, by asking Ukraine to investigate possible corruption related to former vice president Joe Biden and his son Hunter. Dershowitz asserted that even if Trump was acting to aid his own re-election if he believes his re-election to be in the nation's best interest, it would be proper. 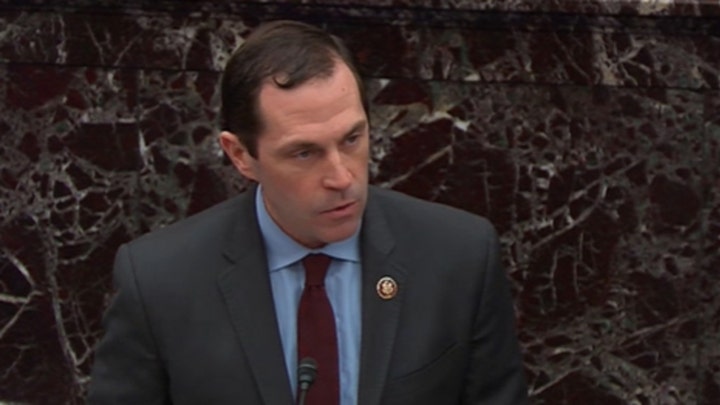 This position was absurd, Crow insisted, telling the Senate "we cannot and should not leave our common sense at the door." He added that the logical conclusion of Dershowitz's argument is that "the president is the state." (Dershowitz had already clarified his position in an op-ed for The Hill, stating that "pundits and partisan politicians have been deliberately distorting" his words.)

As for the president's team on Monday, attorney Kenneth Starr argued the House's impeachment power is not free of limitations.

"They’ve got the power, but that doesn’t mean that anything goes," he said.

"Did the House Judiciary Committee rush to judgment in fashioning the articles of impeachment? Did it carefully gather the facts, assess the facts, before it concluded we need nothing more than the panel of very distinguished professors and the splendid presentations by both the majority counsel and the minority counsel?" Starr asked.

"What was being said in the sounds of silence was this: we don’t have time to follow the rules," he said, pointing specifically to House Democrats' refusal to allow Republicans to call witnesses.

Starr also accused the House Judiciary Committee of rushing to move forward with impeachment and contrasted Trump's impeachment with that of President Bill Clinton and the effort to impeach President Richard Nixon, both of which enjoyed bipartisan support, unlike the Trump impeachment.

The final statements come after the GOP-led Senate voted 51-49 last week not to call any additional witnesses to provide testimony, despite House Democrats hoping to hear from individuals such as former national security adviser John Bolton, who said he would comply if he received a subpoena from the Senate.

Republicans cited the Democrat-controlled House’s failure to call Bolton and others, as well as their insistence that they already had enough evidence to support their case. 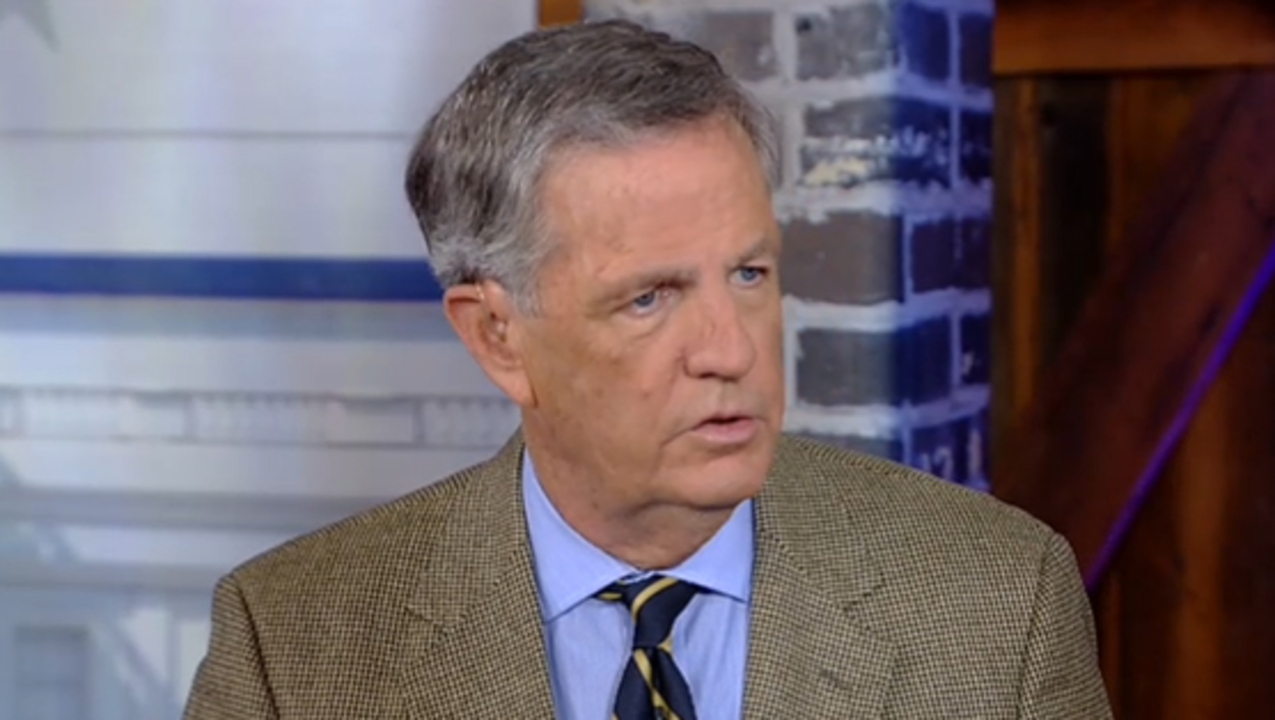 House manager Rep. Val Demings, D-Fla., took a different stance during her remarks, claiming that Trump's efforts to use Rudy Giuliani to get Ukraine to investigate his political opponents and the withholding of military aid amounted to "extortion," and that Trump was trying to "cheat" in the 2020 election.

In his statement, Alexander said that while Trump acted in a manner that was “inappropriate,” it should be up to American voters to decide his fate in November’s election.

“The Constitution does not give the Senate the power to remove the president from office and ban him from this year’s ballot simply for actions that are inappropriate,” he said.

During closing arguments, Crow took issue with the notion that the impeachment effort was meant to either reverse the 2016 election or interfere with the 2020 race.

"Senators, neither is true," he insisted.

House Manager Rep. Hakeem Jeffries, D-N.Y., also accused Trump of cheating, and spoke in dire terms of the possibility of letting him get away with it.

"Make no mistake, these are perilous times if we determine that the remedy for a president who cheats in an election is to pronounce him vindicated and attack those who exposed his misconduct," Jeffries said.

Early in his remarks, Jeffires focused on the allegation the Trump obstructed Congress by instructing officials not to comply with House subpoenas. While Republicans claim that the charge is improper because the House never sought judicial enforcement of the subpoenas or a ruling that Trump's claim of executive privilege was improper, Jeffries maintained that the House has the sole power over matters related to impeachment.

"To condone the president’s obstruction would strike a death blow to the impeachment clause of the constitution,” he said.

Philbin described the beginnings of the impeachment inquiry, and how it strayed from established norms.

As a result of the House's failure to follow protocol, Philbin argued, the 23 subpoenas they issued were "totally unauthorized and invalid," only to be followed by House Democrats violating "every principle of due process and fundamental fairness in the way the hearings were conducted."

"This was a purely partisan impeachment from the start," he said.

Other attorneys for Trump's defense took aim the articles of impeachment, with Mike Purpura calling them "deficient," and Jay Sekulow stating that "there is nothing in the charges that could permit the removal of a duly elected president."

Sekulow also made a case that Democrats were out to get Trump from the beginning, having nothing to do with the allegations described in the articles of impeachment. He began his address by showing a montage of Democrats calling for Trump’s impeachment over the course of Trump’s presidency, most of which took place long before Trump ever had his phone conversation with Ukrainian President Volodymyr Zelensky that inspired a whistleblower complaint that ultimately led to impeachment.

“This was the first totally partisan presidential impeachment in our nation’s history. And it should be our last,” he said.

A final vote on Trump’s removal will be held on Wednesday, when the president is expected to be acquitted by the Senate's Republican majority.

White House Counsel Pat Cipollone expressed optimism that the Senate would vote to acquit, ultimately allowing voters to decide in November whether or not Trump should continue to serve as president.

“At the end of the day we put our faith in the Senate," saying he has faith that the Senate will allow the American people to make their decision.

"You'll leave this choice to them, where it belongs."