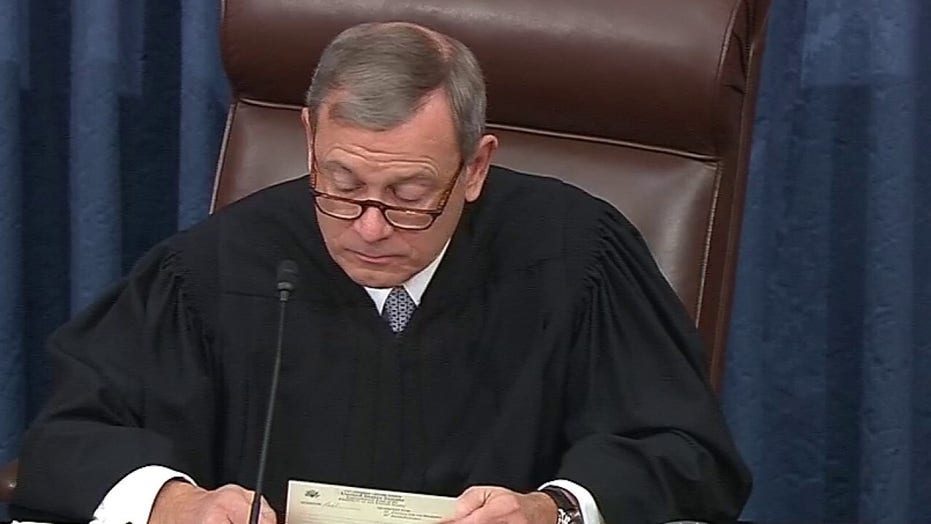 Chief Justice John Roberts shut down a question Thursday from Sen. Rand Paul that mentioned the name of the alleged Ukraine whistleblower, prompting Paul to storm out of the impeachment trial and hold an impromptu press conference to read the question anyway.

The clash came after the chief justice, who is presiding over the trial, similarly rebuffed Paul a day earlier.

“As you may have noticed we had something slightly atypical downstairs. I asked a question and the question was refused,” Paul, R-Ky., told reporters after exiting the Senate chamber and dashing upstairs to the Senate TV studio.

After seeing Paul’s question on a notecard, Roberts ruled against presenting it in the impeachment trial.

"The presiding officer declines to read the question as submitted,” Roberts said in shutting down Paul.

Paul said the ruling was wrong because no one knows if the name of the person on his question card is the whistleblower. 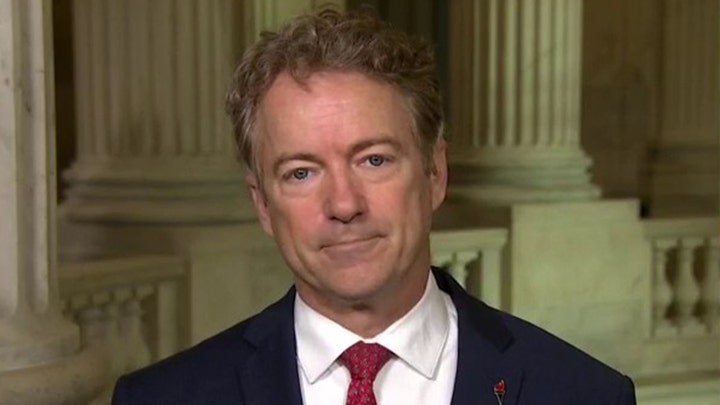 “I think it was an incorrect finding," Paul said.

Paul wanted to ask whether House Intelligence Committee Chairman Adam Schiff and the White House counsel were aware that an intel committee staff member had a close relationship with the reported whistleblower when they were on the National Security Council together.

“How do you respond to reports that [they] may have worked together to plot impeaching the president before there were formal House impeachment proceedings?” Paul said he wrote.

Paul's question included the names of two individuals. Fox News has not confirmed the whistleblower's name.

Paul argued that since Schiff contends he doesn't know the identity of the whistleblower, how could anyone know if someone deserves whistleblower protections.

“It makes no reference to anybody who may or may not be a whistleblower,” Paul said.

“It means that anybody that anybody ever said might have been a whistleblower could never be discussed in a proceeding. I think it's very important whether or not a group of Democratic activists, part of the Obama-Biden administration, were working together for years looking for an opportunity to impeach the president.”

Paul tried to ask a whistleblower question Wednesday but was shut down and was angling for another chance Thursday.

Before the Roberts-Paul showdown, Majority Leader Mitch McConnell telegraphed there could be trouble in his opening comments Thursday afternoon in the trial.

"We were able to get through nearly a hundred questions yesterday,” McConnell said. “Senators posed constructive questions and the parties were succinct and responsive. So I'd like to compliment all who participated yesterday.”

He continued: “We've been respectful of the Chief Justice's unique position in reading our questions and I want to be able to continue to assure him that that level of consideration for him will continue.”

"We're still contemplating that," he said.

The question phase of the trial concludes Thursday. On Friday, the senators will vote on whether to open up the trial to new witnesses and documents.