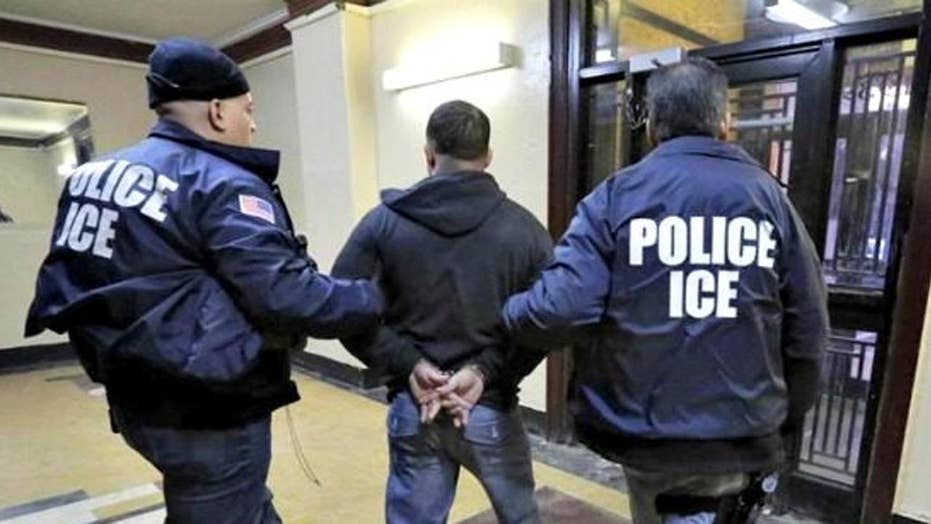 The Trump administration is blasting pranksters who are jamming a new Immigration and Customs Enforcement hotline meant for victims of illegal alien crime – in order to report encounters with space aliens.

The Victims of Immigration Crime Engagement Office (VOICE), launched Wednesday by ICE, maintains the hotline for crime victims to call for assistance and support. However, critics mocked the initiative on social media with the hashtag #AlienDay, encouraging others to dial the VOICE number to report alien takeovers and encounters with space creatures.

An ICE official familiar with the situation told Fox News that, as a result of the fake reports, the VOICE hotline has experienced significant delays. The official further said the campaign to generate “hoax calls” is disrespectful to victims of real crime and their families -- and a waste of government resources, as personnel in the call center are required to listen to the majority of callers’ reports.

“Secretary Kelly made clear in his announcement Wednesday that this phone line is to be dedicated for the use of victims seeking information and resources,” the ICE official told Fox News. “There are certainly more constructive ways to make one’s opinions heard than to prevent legitimate victims of crime from receiving the information and resources they seek because the lines are tied up by hoax callers.”

The official told Fox News that ICE will adjust resources, if necessary, to ensure legitimate victims get the information and attention they need.

VOICE was created in response to President Trump’s Executive Order titled “Enhancing Public Safety in the Interior of the United States” on Jan. 25.

“All crime is terrible, but these victims are unique—and too often ignored,” Homeland Security Secretary John Kelly said on Wednesday as he unveiled the new office. “They are casualties of crimes that should never have taken place—because the people who victimized them often times should not have been in the country in the first place.”