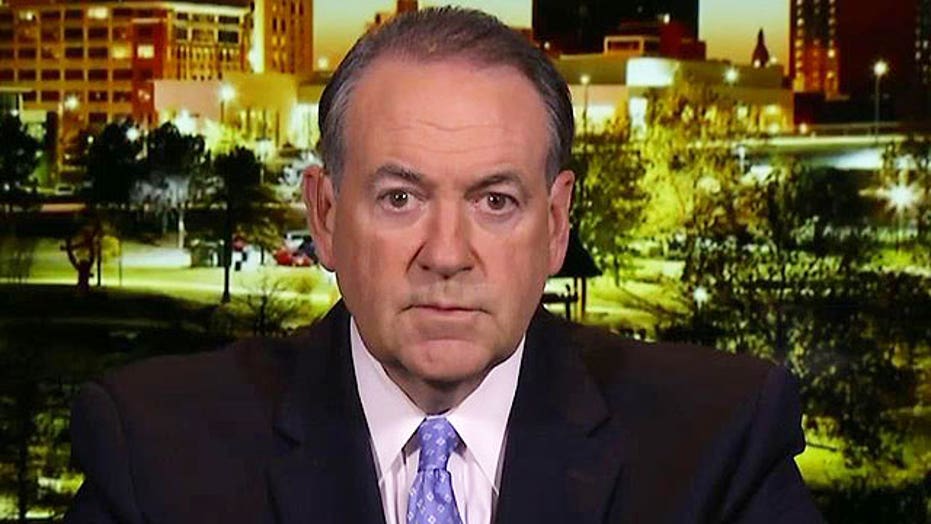 In a wide-ranging interview with Fox News, the Republican presidential candidate spoke openly about his rivals on both sides of the aisle.

But Huckabee was blunt in charging the Democratic front-runner has been off to a rough start, in part because she does not have the political agility of her husband, former President Bill Clinton.

"She is not her husband; she is the ideologue," said Huckabee, who like the ex-president served as governor of Arkansas.

"He is the pragmatist, the political animal," Huckabee, a former Fox News host, added. "He can charm the skin off a rattlesnake. He is just good at that. ... He walks into a room, it doesn't matter if everyone in the room hates him before he walks in, by the time he leaves, they are all, 'I like that guy'."

But with the former first lady and secretary of state, he said: "She can walk into a room and drop the temperature 20 degrees."

Huckabee also weighed in on the controversy over Republican rival Jeb Bush saying last week that Americans need to work longer hours. While the ex-Florida governor has taken heat from Democrats for the remark, Bush says he was simply talking about part-timers who want to pick up more work.

"Jeb is a good friend of mine. I like him. ... We were both governors together and I don't question his conservative credentials at all. But that was the kind of statement that [I] surely can't imagine that he meant to say," Huckabee said.

As for Donald Trump's impact on the race, Huckabee claimed the firebrand real estate mogul is probably more attractive for disenchanted voters who want to "burn the whole thing down."

He said: "For those people, I'm probably not their candidate of choice."