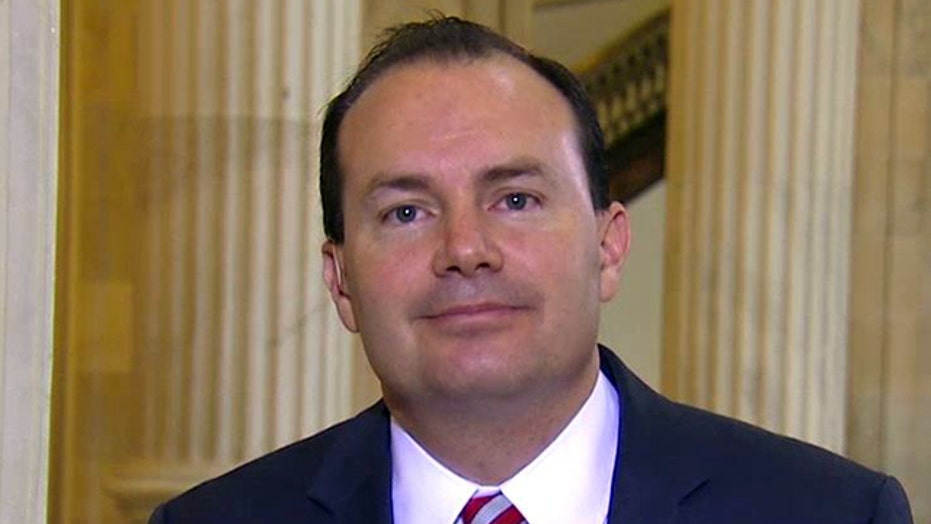 Republican breaks down where he agrees and disagrees with Sen. Paul

The White House and House leaders urged the Senate on Thursday to take up a bill that would end the National Security Agency's collection of American phone records while preserving other surveillance powers set to expire June 1.

Senators are divided with that deadline nearing for the continued use of counterterrorism provisions that law enforcement officials say are critical.

The bill would end the NSA's collection and storage of domestic calling records. But it would preserve the agency's ability to query phone company records in search of domestic connections to international terrorists.

The measure also would renew two unrelated surveillance powers commonly used by the FBI to track spies and terrorists.

Heading into a holiday break, the House was set to end its business Thursday afternoon. If senators fail to act, the NSA will begin winding down the phone records program this week, the Justice Department said.

Both of the unrelated surveillance powers would expire at midnight May 31, including one making it easier for the FBI to track "lone wolf" terrorism suspects. If that were to happen, FBI Director James Comey said it would set back the bureau at a time when domestic threats are on the rise.

Senate Majority Leader Mitch McConnell, R-Ky., has said he would allow a vote on the House bill and on his plan for a two-month extension of the current law.

GOP Sen. Richard Burr of North Carolina, chairman of the Senate Intelligence Committee, told reporters that neither bill could yet clear the 60-vote hurdle to overcome a filibuster.

Pelosi and other Democrats said a two-month extension as unworkable. They pointed out that many House members who voted against the USA Freedom Act vehemently oppose NSA collection of phone records and want the bill to be stronger in its surveillance curbs.

Pelosi said senators "should face reality and come up with a bill."

Boehner said he saw "a big disconnect" with the Senate on the issue. "I've been surprised by it. But at the end of the day we have to work our way through this issue and I'm confident that at some point we will," he said.

Sen. Rand Paul of Kentucky, the most libertarian-leaning of the major Republican presidential contenders, says the USA Freedom Act is insufficient and favors letting the NSA surveillance provision expire.

He dominated the Senate floor from almost 11 hours Wednesday, ending at close to midnight, to decry the NSA phone records program that was revealed in 2013 by former agency contractor Edward Snowden.

It was unclear how much Paul's political theater influenced the debate. Nearly every other Republican presidential candidate is on record supporting extending that program, except for Sen. Ted Cruz of Texas, who backs the USA Freedom Act.

In an interview with The Associated Press, Paul said his "No. 1 success would be ending bulk collection of data." That potentially could leave room for him to get behind the USA Freedom Act.

White House press secretary Josh Earnest called on the Senate to pass the NSA bill before leaving town on their weeklong break for Memorial Day.

"It would be irresponsible to let these authorities lapse for even a few days," he said.

Earnest said the legislation was "a reasonable compromise" that strikes the right balance between allowing intelligence-gathering and protecting civil liberties.