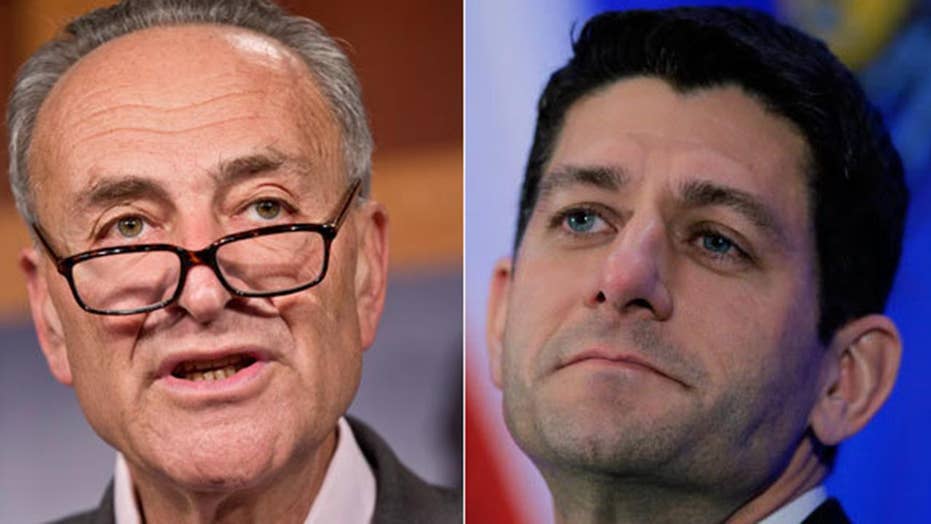 A temporary spending bill passed in the House of Representatives Thursday evening, but its prospects in the Senate are unclear as Congress fights to avoid a government shutdown set for Friday night.

The final House vote in favor of the bill was 230-197, with 11 Republicans voting no and six Democrats voting yes. Republicans hold a slim 51-49 majority in the Senate.

Speaker of the House Paul Ryan, R-Wis., spoke to reporters just after the vote and directed his comments to Senate Democrats and Minority Leader Chuck Schumer.

He added that not passing the bill is “risky, reckless and it is wrong.”

Immplying that Republicans have done their part, Ryan put the possibility of a government shutdown solely on the shoulders of Democrats.

“I ask the American people to understand this. The only people standing the way of keeping the government open are Senate Democrats,” he said.

The Senate opened the floor for debate on the measure late Thursday, but adjourned for the evening after a contentious back-and-forth erupted as to whether members should go home for the night.

President Donald Trump urged lawmakers Thursday evening, in a last-ditch effort, to pass the short-term spending bill. Trump took to Twitter to express his concerns over the looming deadline and again stressed its importance for the U.S. military.

“House of Representatives needs to pass Government Funding Bill tonight. So important for our country - our Military needs it!”

The bill would keep the government afloat through Feb. 16.

It includes a multi-year extension of the Children’s Health Insurance Plan (CHIP), but there is no language to legalize the Deferred Action for Childhood Arrivals program (DACA) for illegal immigrants brought to the country as children -- something Democrats and even some Republicans had wanted in any spending bill.

President Trump has said that he wants DACA, which is set to expire in March, to be formalized as part of a separate deal that includes significant border security measures, including funding for a border wall.

The political calculation from Republicans appears to be to stare down Democrats and see if they are prepared to vote against extending children's health insurance over the issue of illegal immigrants. 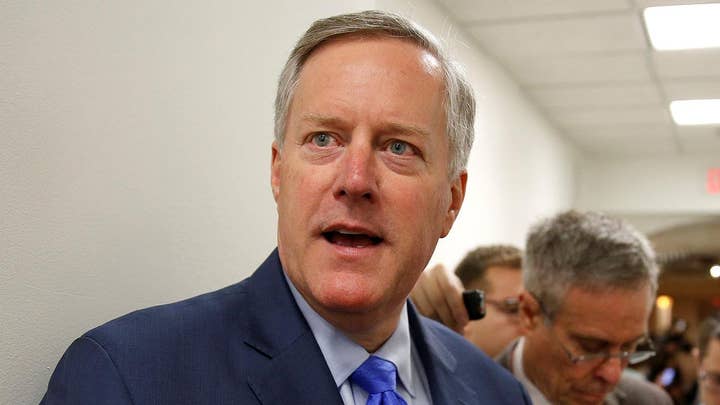 The split is not entirely along party lines, with some Republicans opposed to extending a long line of emergency bills to fund the government. Congress approved a continuing resolution in September, with two more in December.

In remarks to reporters outside the Pentagon Thursday, Trump focused on the military again.

“The group that loses big would be the military and we’re never letting our military lose at any point,” he said.

Asked if there was going to be a shutdown, he said "it could happen, it’s up to the Democrats.”

Bipartisan talks took place Wednesday, including talks between members of the Congressional Hispanic Caucus and White House Chief of Staff John Kelly but appear not to have been fruitful, with Sen. Dick Durbin, D-Ill., saying there was good will but “no progress.”

Some Republicans are unhappy that an increase in military spending has not been secured, while others like Reps. Ileana Ros-Lehtinen, R-Fla., and Carlos Curbelo, R-Fla., are aligning with Democrats in complaining that the bill lacks a DACA fix.

The Senate needs 60 votes in order to avoid a filibuster. With Sen. John McCain, R-Ariz., recovering from the side effects of cancer treatment, it means that Republicans need 10 Democrats to get to 60. But Democrats say they are very opposed to the bill.

"The overwhelming number in our caucus have said they don't like this deal and they believe if we kick the can down the road this time we'll be back where we started from next time," Schumer, D-N.Y., said. "So there's very, very strong support not to go along with their deal."

However, Sen. Dianne Feinstein, D-Calif., wavered somewhat when asked if she would vote for a short term CR.

“If we have to, yes," she said. "I hope not. So it’s just that difficult, precipitous time before you know what’s gonna happen.”

When the Senate approved a similar bill in December, 17 Democrats voted to keep the government open, seven of those coming from states Trump won in November 2016.

The need for 10 Democrats presumes full Republican support, but as of yet, the bill does not have that.

Sen. John Kennedy, R-La., said Thursday morning that he didn’t know if they had enough votes to pass the CR.

“We don’t know if they’ll come to their senses or not,” he said about holdout Republicans.

Sen. John Thune, R-S.D., meanwhile admitted that it will take “a little whip work” to get to 60 votes.

Predicating a shutdown, House Minority Leader Nancy Pelosi, D-Calif., said “This will be the first shutdown in recent history when one party had the White House, the Senate, and the House of Representatives.”