The House Judiciary Committee has scheduled a hearing for Don McGahn next week, but it is unclear if the former White House counsel will agree to appear—the latest development in the battle between congressional Democrats and the White House for testimony from current and former administration officials.

The committee, led by Chairman Jerrold Nadler, D-N.Y., posted plans on Tuesday to hold a hearing for McGahn on May 21. The committee subpoenaed McGahn last month, but the White House has blocked McGahn from producing documents responsive to that subpoena.

“I don’t anticipate that takes place,” Sanders said on ABC News ‘The Investigation” podcast last week. “We consider this to be a case closed and we’re moving forward to do the work of the American people.” 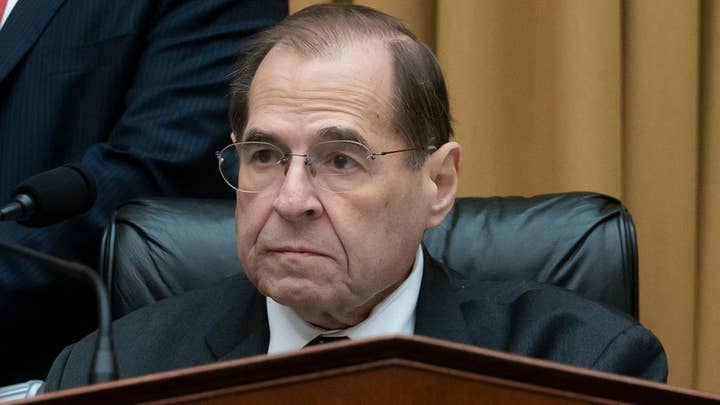 Nadler’s committee subpoenaed McGahn on April 22, days after the release of Special Counsel Robert Mueller’s report, which featured McGahn prominently in its section related to the obstruction of justice inquiry. The subpoena called for him to appear before the panel to testify, and to provide documents related to the Mueller investigation.

But earlier this month, now-White House Counsel Pat Cipollone notified the committee that McGahn would not be allowed to comply with the subpoena, and said, instead, requests for documents and materials must go to the White House.

Cipollone wrote that acting chief of staff Mick Mulvaney “has directed Mr. McGahn not to produce these White House records” in response to the committee’s subpoena issued on April 22.

“The Department of Justice is aware of and concurs with this legal position,” Cipollone wrote.

But Nadler has maintained the importance of McGahn’s testimony, saying that it would “help shed further light on the president’s attacks on the rule of law, and his attempts to cover up those actions by lying to the American people and requesting others to do the same.”

McGahn’s interview with special counsel investigators factored prominently into the section probing whether the president obstructed justice, including a claim that McGahn disobeyed Trump’s call to have him seek Mueller’s removal.

The battle for McGahn's testimony and cooperation is just one example of the growing conflict between the White House and congressional Democrats.

Last week, the committee voted to hold Attorney General Bill Barr in contempt, after defying a subpoena for Mueller's full and unredacted report, as well as underlying evidence and documents used in the investigation. Barr missed the committee's deadline to cooperate.

President Trump, prior to the vote, asserted executive privilege over the materials in a bid to protect them from being turned over to the committee. The full House will take a final vote on whether to hold Barr in contempt of Congress. It is unclear when that vote could take place.