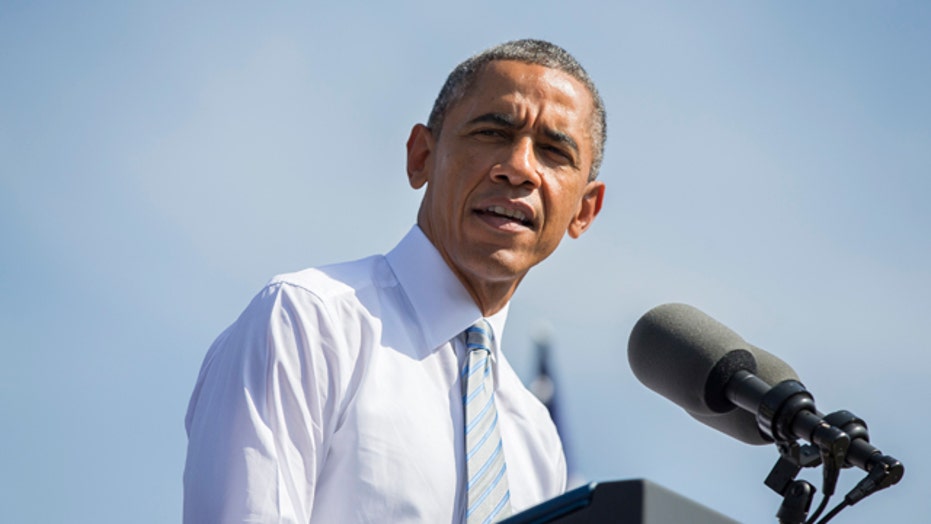 The president has talked about closing Guantanamo Bay before. What is behind his reported new plans?

House Speaker John Boehner has denounced any potential White House effort to close the Guantanamo Bay prison facility, saying that such a move is "dangerous," could result in terrorists being relocated into the United States and that overriding Congress is another example of the Obama administration’s “legacy of lawlessness.”

Boehner made the statement Friday, following a Wall Street Journal story stating the White House is “drafting options” that would allow Obama to close the detention facility in Cuba by overriding congressional restrictions on bringing detainees into the U.S.

The White House has responded to the story, reportedly based on information from senior administration officials, by saying the president opposes the restrictions but his first choice is to work with members of both parties.

Boehner argued that closing the facility -- which would send some detainees home and bring others to the U.S. for trial -- is opposed by an  “overwhelming majority of Americans” and that bipartisan majorities in the House and Senate have passed legislation that prohibits the president from transferring the terror detainees to U.S. soil.

He was joined Friday by Florida GOP Rep. Vern Buchanan, who said such a move would be "a huge mistake," particularly as the U.S. tries to destroy Islamic State, or ISIS, militants.

“As America battles ISIS in the Middle East, the last thing we should do is close a facility used to interrogate and house dangerous terrorists,”  Buchanan said.

The restrictions were included in the fiscal 2015 National Defense Authorization Act passed in May by the GOP-led House.

Schultz on Friday noted the legislation, now sitting in the Democrat-controlled Senate, included a Statement of Administration Policy, in which the White House officially opposes the restrictions.

The president had declared 2014 a “year of action” in which he will use his presidential authority -- through so-called executive action or unilateral action -- to advance parts of his agenda blocked by Congress.

Obama has already used such power to increase the federal minimum wage but apparently has backed off using it to reform contentious U.S. immigration policy until after the November elections.

The future of Guantanamo and its detainees as well as Obama’s legal authority to hold them has long been the subject of contentious Washington debates.

Obama has from the start of his presidency in 2009 tried to close the facility at the Guantanamo Naval base, starting with an executive order that called for its closure within a year.

The Wall Street Journal story also claimed that Obama is “unwavering in his commitment” to closing the prison, which was created in the aftermath of the 9/11 attacks and still has 149 inmates detained in the country’s war on terrorism.

The story also stated that White House officials think the president has two likely options if Congress extends the restrictions.

He could veto the defense authorization act, which wouldn’t directly impact military funding but would result in a political battle with Congress. Or he could sign the bill while declaring restrictions on the transfer of Guantanamo prisoners an infringement of his powers as commander in chief, as he has done previously, according to the story.