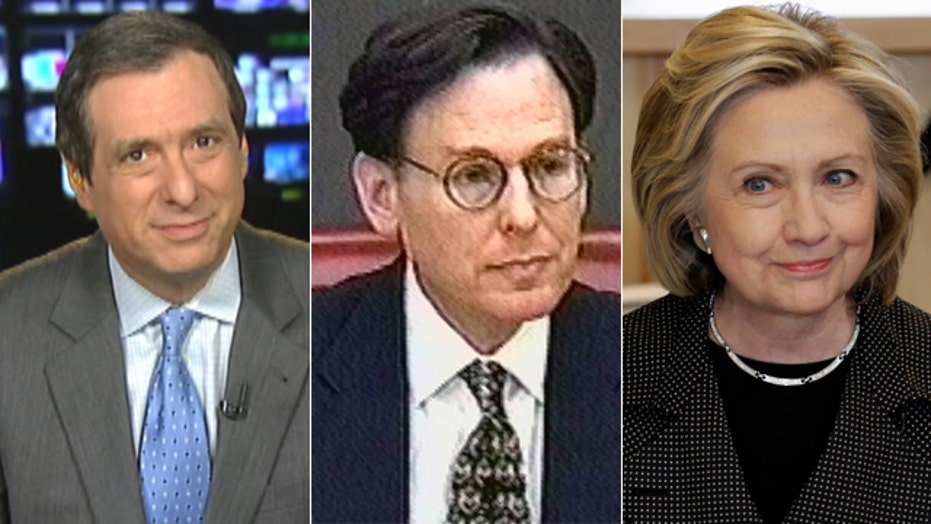 Sid Blumenthal was Hillary Clinton’s go-to guy as a journalist, as a White House aide and, we’ve just learned, as an informal adviser to the secretary of State on Libya.

And that took place while he happened to be working with some businessmen who were trying to land contracts in Libya—deals that would have required State Department approval.

What’s more, the information he provided was mostly lousy.

This remarkable story is contained in some of Hillary’s private emails, which have now been leaked to the New York Times. And they provide a flashback for those who endured the Clinton wars of the ’90s, when Blumenthal wound up testifying before a grand jury over his role in the Monica Lewinsky investigation.

The story is apparently based on information furnished by Trey Gowdy’s House Benghazi committee, which is prominently mentioned as planning to subpoena Blumenthal.

Hillary had wanted to hire Blumenthal when she took over the State Department, but that idea was blocked by President Obama’s aides.

The Blumenthal saga is yet another product of the tangled web of public, private, political and philanthropic networks created by the Clintons. At times it’s hard to separate the overlapping threads.

While working with the businessmen who saw Libya as a lucrative market, Blumenthal “was also employed by her family’s philanthropy, the Clinton Foundation, to help with research, ‘message guidance’ and the planning of commemorative events, according to foundation officials. During the same period, he also worked on and off as a paid consultant to Media Matters and American Bridge, organizations that helped lay the groundwork for Mrs. Clinton’s 2016 campaign.”

Clinton, taking a few questions from reporters in Iowa yesterday for the first time in nearly a month, framed her response as a matter of reaching out.

"He’s been a friend of mine for a long time, he sent me unsolicited emails, which I passed on in some instances," she said. "And I see that that’s just part of the give-and-take. When you’re in the public eye, when you’re in an official position, I think you do have to work to make sure you’re not caught in a bubble and you only hear from a certain small group of people, and I’m going to keep talking to my old friends, whoever they are."

Since the reporter's question didn't include key details, Hillary avoided addressing the gist of the story, that he was giving her advice about Libya while pursuing business ventures there, and that the information he was relaying was deemed suspect or flat wrong.

A little background: Blumenthal toiled for years for the New Republic, the Washington Post and the New Yorker. The late editor of the New Republic, Michael Kelly, was so suspicious of his back-channel ties to the Clintons that he barred Blumenthal from the office. During the 1992 campaign, magazine writer Julia Reed later told me, Blumenthal urged her not to write a piece questioning Bill Clinton’s character. But what if it were true? “It doesn’t matter…This is too important,” she says Blumenthal told her. At the New Yorker, he refused to write about the Whitewater scandal.

When Hillary brought him into Bill’s second-term White House, cynics cracked that he would receive “back pay” for services rendered.

This is what I wrote soon after he made the move in 1997: “What is it about Sid Blumenthal that brings out the venom in the Washington media establishment?...Blumenthal, 48, whose wife also works for the White House, has somehow been branded as the capital's chief suck-up, a craven sellout who defended Bill and Hillary Clinton against the world even as he carefully cultivated them in private conversations.”

Bigger trouble lay ahead. In a sworn Senate deposition, Blumenthal said that while President Clinton had told him on the day the story broke in 1998 that Monica Lewinsky was a “stalker,” he himself had never repeated that to friends or his former colleagues in the press corps.

But that account was challenged by his longtime friend, the late Vanity Fair writer Christopher Hitchens, in a House affidavit: “Mr. Blumenthal stated that, Monica Lewinsky had been a 'stalker' and that the president was 'the victim' of a predatory and unstable sexually demanding young woman.”

Special prosecutor Ken Starr brought Blumenthal before a grand jury, where he refused to answer certain questions on grounds of executive privilege. No charges were ever brought.

Blumenthal sent Hillary at least 25 memos on Libya in 2011 and 2012, according to the Times piece. One was sent in 2012, as the new Libyan prime minister was trying to stabilize his government, talked up the influence of a man named Najib Obeida—without mentioning that Blumenthal’s business allies hoped that Obeida would finance their humanitarian projects in that country. Clinton forwarded the memo to her senior staff.

In the end, Blumenthal’s business pals failed to secure any business in Libya.

Any top government official is free to consult outside friends as a way of getting fresh thinking from outside the bureaucracy. What’s striking here is the overlapping of public service and private profit—exactly what the Clintons have been accused of with a foundation that, as it turns out, also employed Sidney Blumenthal.